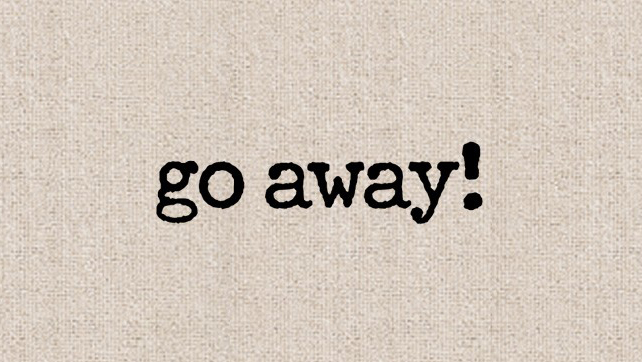 I remember it, because in April I wrote the game’s subtle deployment of the first canon gay character in the MK series, Kung Jin, for Paste Magazine’s games section. In said article I was pleased with the way they handled the character’s deployment even if I was cautious about handing them too many laurel crowns for doing so in the first place.

That was basically where I left MKX. It’s never really been my sort of series, because of my general aversion to gore.

So MKX is about to get some new DLC with a bunch of playable characters. By and large they’re following the trend of the game including what must be Warner-owned properties (hence a bunch of horror and suspense film playables like Leatherface and the Alien). But among these folks is returning series character Bo Rai Cho, who you can see being demo-ed in the trailer below (skip to 00:50 if it doesn’t cue properly):

If you are a regular reader of this blog, you can probably intuit why I’m upset.

I spent a lot of today since this was shown to me going, “Do I need to write about this? Should I bother?” Because let me tell you, I’ve talked about this before.

In fact I’ve talked about it several times.

But I’m gonna talk about it here, again, because I feel as if this topic gets buried a lot, and so I’m going to continue to be loud about it, because to do otherwise is… not good.

So the “fat guy who attacks with toilet humor” is a very old trope indeed in games. In fact, “the gross fat person” (usually a dude though fat women characters are subject to this too) is a very old storytelling trope, full stop. And (surprise!) I’ve talked about reasons why fighting games often go to the trope well for their character design choices before so I know all about “they need to be recognizable and discernible at a glance” etc.

Here is why this is one of the most pernicious issues, though: it’s a trope that plays on and then intensifies our abjections when it comes to bodies. You’ll notice that the toned, muscular dude never has a fart attack in a fighting game, no matter how egregious the game’s overall design is. The reason why is that the toned, muscular dude’s body exists in a hegemonically-approved framework for dude bodies in general. We are not meant to find his body abjectionable, by which I mean a thing that we reject or throw away, that is repulsive rather than just “a thing we don’t like.”

On the other hand, it’s much more common to find these sorts of “gross” attacks — using bodily fluids, etc. — on fat bodies (or otherwise marginalized bodies) because we’re expected to find them abjectionable, culturally. Because we’re cued to view a fat body as lazy, slovenly, and “gross,” it just “makes sense” for them to be farting on people, spitting vomit on them, etc., in terms of the trope.

It’s also notable that while some hegemonic bodies do have “gross” attacks (think Skullgirls or even some Darkstalkers characters), those are never actually portrayed in terms of abjection; rather, the body horror aspect is part of their appeal or style, meant to be taken seriously. By contrast, the “gross fat guy” is never seen in a serious light; they’re a joke, and the inclusion of this “gross” stuff in their fighting style actually de-emphasizes the seriousness of their style/character/etc.

The problem, of course, is that all this… this-ness is circular. As we continue to paint fat bodies in this “gross” light, they become increasingly coded as abjectionable. The more we view fatness as “gross” and “bad,” the easier it is for us to assign them abjectionable, “gross” traits in the character design process. You can see this with any marginalized group and its stereotypical portrayals, really.

Perhaps the sad part is that when Mortal Kombat X came out, I really enjoyed that they mixed up the cast, and that its inclusiveness was a step forward (if you want more analysis of that, Shareef Jackson has a great video that walks through the four new main characters). I’m not exactly looking at fighting games to be the wavecrest of inclusion. It’s great when it happens… but that just makes the return of Bo Rai Cho — who in almost all respects feels like a joke character, right down to his name being a pun on the Spanish word for “drunk” — all the more inexplicable and annoying. Sure, let’s make Cassie and Jaqui cool, strong, important new characters. Let’s add a series first queer main character. Oh right, but make sure the fat dude attacks with a belly bounce and by farting on someone’s face though.

I feel like this blog post is pretty short compared to my normal interminable screeds, but like… what am I gonna say, anymore, that I haven’t already, other than: don’t? Stop? Please leave? Because that’s all I got. Bo Rai Cho is a weird legacy of the old days of Mortal Kombat, and I feel like they could have made him a cool drunken master character as he was updated for MKX if they wanted to “save” him. But they didn’t; they went right to the gross fat guy joke well that he was originally drawn from and stayed there.

It’s almost like, when I said “let’s not rush to give them too much credit,” that I saw this sort of thing coming.

One thought on “Please Leave”