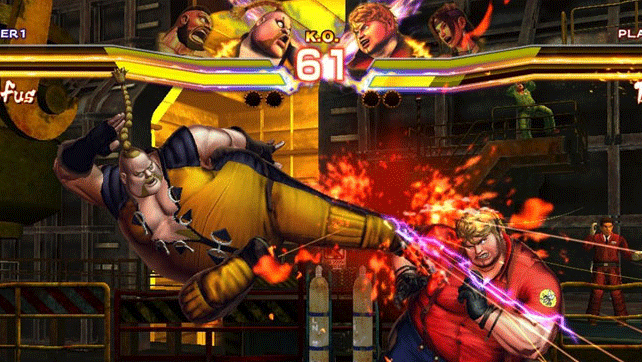 I’ve realized I probably do too much Mega Buster charging when it comes to blog posts: I wait until I’ve got so fucking much to say that it pours out in a sometimes untempered flood of nonsense that people excusably stop reading 10% of the way through. So today I’m trying an experiment in just getting a quick post out there.

I’m gonna write some stuff about being fat. You were warned.

So on Twitter about an hour and change ago, I asked people to name fat, gay male characters from TV and film, ideally fictional ones. I opened it up to the rest of the queer spectrum too.

In the span of that hour, here’s the list that people came up with, with a couple inclusions by yours truly:

That’s about ten? More or less? I’m gonna say, for the record, that a couple of these guys don’t even seem fat, to me. When Shane Liesegang told me about Vito he mentioned a weight loss plot which immediately set me on edge, as did the trailer for Gordos. I will say point blank that BearCity infuriates me; it is a film fundamentally about a fit/thin man getting shit for being attracted to bears (which is not necessarily about body size), as well as having an infuriatingly up-then-down subplot about a fat gay man considering a lap band and a scene where said thin main character roundly mocks a bear for being even remotely effete. So fuck that movie.

Don’t even get me started on Cam from Modern Family. And while I actually wish Normal, Ohio had lasted more than a handful of episodes, that Fox promo and indeed, the show’s entire premise goes out of its way to emphasize that being gay isn’t normal and, tacitly, to imply that being fat and gay isn’t normal either. That’s the whole joke.

Before I start talking about anything, watch this trailer for Street Fighter X Tekken:

These characters are Rufus of Street Fighter 4 and Bob of Tekken.

I have a very complicated relationship with Rufus and Bob.

Here’s the deal. I like that both are presented as highly skilled martial artists. Rufus in particular is a very acrobatic fighter, performing a flashy kung fu style that is highly, highly atypical for characters of his body type. Neither SF nor Tekken sell these characters short in terms of their skill. I don’t know much about Tekken‘s gameplay, but when SF4 debuted Rufus was also a relatively high-tier character, so he saw a decent amount of play. That is actually pretty great.

One of the three characters above farts in someone’s face with a gleeful expression as one of his standard throws. Another curls into a ball Blanka-style and attacks that way. Just throwing that out there.

Rufus and Bob could be worse. But they could be better. Bob used to be thin — a weak, depowered version of him, interestingly enough, appears as Slim Bob in a few of the Tekken games — and decided to get fat to “challenge” himself. Rufus is consistently portrayed as a delusional fool who mistakes any blond for his perceived rival, Ken Masters; you’ll notice in the trailer I linked, when Bob claims Rufus has the wrong guy, Rufus exclaims “You thought if you can’t beat ’em, join ’em, and got a cool body like mine!” Rufus as a character is unashamed of his physicality and even sexuality (he has a hot, thin girlfriend, but her portrayal is icky and “part of the joke”) but we, as viewers, are not encouraged to think of it as rational; instead we’re supposed to see his self-assuredness as yet another aspect of his delusional personality. The framing of that trailer, with Rufus and Bob meeting outside a bathroom (and Rufus’s bizarre manner as he exits that bathroom), is just weird and offputting to me.

Despite all this, however, one thing happened in fat gaming this year that I was unabashedly, entirely on board with.

It is this guy:

This is one of the supporting characters in Pokémon X/Y, Tierno. Tierno is one of the group of kids (including the player’s avatar) who set off to fill their pokédexes, and with whom you have a number of encounters over the course of the journey. Unlike the other main character kids, Tierno doesn’t enjoy battles and doesn’t want to fill the Pokédex. Instead he is obsessed with dances, and likes pokémon who know “dance” movies. His dream is to create a dance team with his pokémon.

That’s actually really great. As befits the positive fiction of the games, nobody ever tells Tierno he can’t be a famous dancer because of his weight, or that his dream of dancing with his pokémon is unattainable. His friends support him. And more to the point, a character of size is given an interest in a primarily physical, performative act (dancing), which is really, really unusual in media portrayals of fat people. Unlike Rufus, we’re never encouraged to think of Tierno and his dream as weird, unusual, or offputting. Tierno isn’t delusional, though perhaps we’re asked to give a chuckle at his incredible energy and enthusiasm.

So, I’m gonna bring this post to a close on that note. Of all the fat characters in anything I’ve consumed lately, the good one — the satifying one — was a bit part in a Pokémon game.