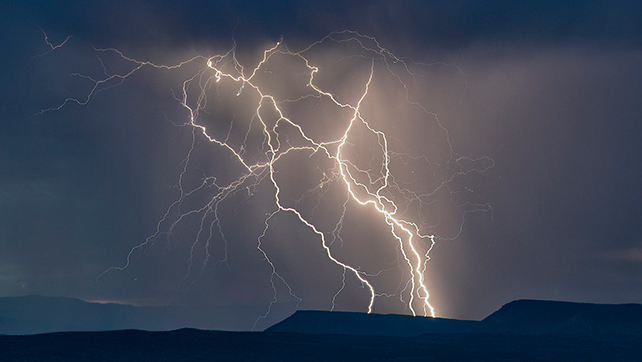 Okay. I have a story to tell.

My therapist had to move our appointment this week to today, so I had more time than usual afterwards. His office is right next to a movie theatre, so I saw Avengers Endgame, like I mentioned before.

Now, I am not an MCU fan, overall. I haven’t seen most of the “core” MCU films, and even the other ones I have seen didn’t really wow me (Black Panther‘s the exception). But I was intrigued how they’d wrap this whole thing up after so many years.

And to be honest… I needed to see the fat suit Thor stuff for myself. I knew it would be upsetting, I knew it would be a little traumatic (it was), but somewhat unfortunately I’m the type that will subject myself to hurtful things so that I can have informed opinions on them. It’s a weakness.

The movie itself was fine. It was a pretty standard “what if we beerslammed a summer action blockbuster and a shounen anime” situation that had some genuinely cool moments. But as I expected, the Thor stuff was awful, way worse than I was expecting. That’s not what this story is about, though.

I got home. I made dinner. I decided to run some dungeons in Final Fantasy 14, and after so many years of playing it, doing dungeons is mental autopilot. It requires little effort. So I skimmed my Netflix queue for something to put on as background noise.

For whatever reason, I picked Hairspray — the 2007 movie musical version, though John Waters’ original is also on Netflix right now.

I watched/listened, I did dungeons. Doot de doo, nothing big. Feeling okay, really.

Then this number (“Welcome to the 60s”) happened:

Now, Hairspray the musical is not kind to its two principal fat characters, Tracy (the protagonist) and her mother Edna (Divine in the original movie; John Travolta in a fat suit in the musical movie). It routinely makes little jabs at them.

Tracy convinces her to go, and she does go, and in general over the course of this song/sequence, Edna has a really good time. She wears a really pretty dress, is flattered by people in the store, has fun dancing with her kid. Some of it is a little jokey about fat folks but in general this is a song about Edna feeling happy and confident.

About 60% of the way through the song I was crying. I didn’t even really notice it happen at first but I just started crying, throat closing up and everything.

Later on, there’s another number where Edna’s husband (Christopher Walken, in the movie) is targeted by one of the villains with the world’s worst seduction to split up Tracy’s parents, and it works because the villain (Michelle Pfeiffer) is blonde and thin and traditionally pretty and Edna feels all her confidence from before disappear.

The song that comes after, “Timeless to Me” is Wilbur convincing Edna that no matter what, he loves her, and always will. He eventually convinces her, and they have a romantic song about how despite what can be seen as flaws, because they make each other feel special and loved, that’s what matters.

And I found myself crying during this song, too.

That was the point where I really sat down and examined what has happened, today. Where I really sat and thought: “why are these songs, that have never once prompted me to cry, hitting me so hard right now?”

The answer, I realized, was this: they’re songs where Edna, the big fat woman who’s terrified of the world judging her, who feels inferior and ugly, is treated by others as if she were worth something.

If you haven’t seen Endgame, I won’t spoil you beyond one fact you probably already know. I will say that the fat jokes they make about fat-suit-wearing Thor are super basic, totally expected, and utterly boring. They’re the same trope-y shit Hollywood has trotted out time and time again to use fat bodies as a punchline. The best I can say about them is that they didn’t surprise me. It was hurtful but expected.

Far worse, however, was the context. I was in a relatively crowded theatre. Not packed, but there were plenty of people there at 3pm in the afternoon on a weekday.

Now, Endgame is a long movie. There’s a lot of different types of performance or script in those almost 3 hours. Lots of opportunities for jokes/quips (which, in our post-Whedon world, there were plenty of), to get an audience laugh

The audience at Cinemark Towson today laughed as a group, collectively, exactly three times during the movie. I know this because they were all at fat jokes at Thor’s expense. All three.

Think about that for five seconds. The one thing the audience could agree on during the movie, the thing that unified what felt like the entire room, was three moments where the movie straight up is emotionally abusive to Thor about him being fat. That was the cultural unity moment for that room of people.

I’m not gonna claim Hairspray is better to its fat characters on all angles, because it isn’t. It’s a little kinder to Tracy because her mistreatment at the hands of the snotty pretty white girl is supposed to elicit our compassion for her as the protagonist. Edna, though… they put Edna through the wringer, because she’s a supporting character defined by that.

Even her triumphant moment in the finale (“You Can’t Stop the Beat”) has her singing the lyrics:

But for all of its missteps, be it about treating the fat characters or about how the Hairspray musical in particular is a narrative about race where all the heroes are sympathetic white people, at least Edna has a moment of actual happiness and actualization. She has the support of people who love her. And her pain and hurt are treated as real things that she has to deal with.

Despite all their protestations to the contrary, though, the Russos used fat Thor as a cheap joke, every time. I got to hear a character give Thor a rousing speech about being true to himself and accepting who he is and then tell him, at the end, to “eat a salad.”

You cannot do that and then tell me you’re using this stupid fat suit as a nuanced and serious take on the link between mental health and a person’s body or weight. You just can’t. Once you’ve used the cheapest, least artful fat jokes in the history of the medium, there is no reclaiming that, no way to “fix” it, no way to say “well actually this is our super serious take on this.”

I realized I was crying during those songs in Hairspray because after spending three hours with a movie today that used every opportunity to say a body like mine is broken, worthy of mockery, shameful, and laughable, even a mere five minutes of a fat suit-wearing John Travolta dancing with joy in a new shiny dress was infinitely preferable.

That knowledge in and of itself is profoundly, profoundly sad.

(Poster image by John Fowler and used under Creative Commons)