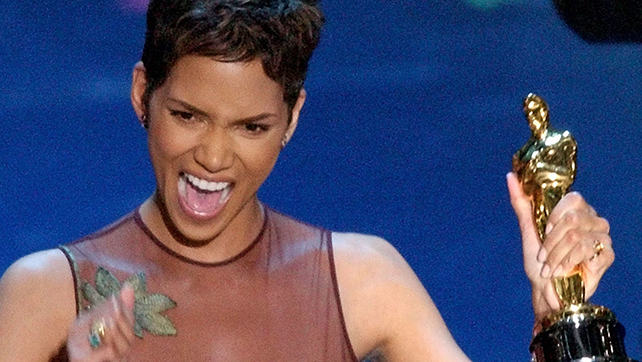 This is gonna be a short post, but it was a discussion I had with some friends last night and I feel like the points I was making to them were broadly applicable enough that I wanted to get them down in a slightly more coherent way than a couple tweets.

There’s a push lately, particularly in games, to care less about “Representation” (with the capital R). Which is to say, arguments that focus on “can we get [x] characters” aren’t actually useful. I have complicated feelings about that, but I do think that it’s easy to get lost in quota-esque “well there’s a [choose one: woman, disabled person, queer person, non-white person] in the cast! Look at how diverse it is!” presence/absence frameworks that are indeed unhelpful. But I also think we do need to keep arguing for the presence of marginalized characters.

Last night there was some discussion of what constitutes “queerbaiting” — a situation where a work’s creators feed fans the possibility of a character being queer to keep their interest while simultaneously having absolutely no intention whatsoever of making their queerness “canon” (a term we’ll come back to in a second). If you want a real obnoxious example of actual queerbaiting in action you need look no farther than BBC’s Sherlock, even though showrunner Steven Moffat recently shut that down in the most obnoxious and insulting way possible.

Queerbaiting as a practice relies very heavily on the almighty power of CANON™, that nebulously defined state in which something in a fictional universe is considered to be unarguably true. For queerbaiting to be happening, you have to have a combination of…

Considering that queer audiences have been… well, queering characters all their lives, and that heteronormativity guarantees that there’s always going to be characters that have no “explicit” (as in, literally spoken) sexuality, these conditions are not difficult to satisfy. But they’re not the only sufficient and necessary conditions.

You also need showrunners/writers/etc. who continually acknowledge or engage that fan desire, which is important. The idea of queerbaiting is that there is a certain degree of intentionality involved; we consider it particularly bad because the act of saying “well they could be queer! :D If you want them to be! :D” while refusing to actually make that part of the CANON™ is effectively exploitation of its audience’s marginalization. “We know you want queer characters because you are queer and want to see queerness reflected in what you consume, so we’ll imply queerness, but we won’t confirm it.” They are basically trading on your desire to see your fan interpretations Made Official which is, in a word, gross.

The sun that all of this orbits is CANON™ and as a dyed-in-the-wool British cultural studies type, this presents a complicated thing. Because we now have two competing cultural forces at work:

1.) We derive meaning from what we consume in a negotiated way (I am loathe to link a wiki article, but Stuart Hall’s encoding/decoding model is a reasonable starting place), one that is informed by our personal context as much as what the creators “build into” it. What this means is that the idea of an always-accurate CANON™ is inherently unstable. Basically if you watch something and they seem queer to you, then: cool. Rather than framing interpretations as “correct” or “incorrect,” Alan McKee talks about interpretations being more or less “supported” by the text.

2.) However, CANON™ is still useful because it is a signpost or barometer for what the creators view as important or relevant. That is to say, CANON™ represents the set of norms, ideas, concepts, and identities that the creators see fit to put their cultural capital behind. When creators make something CANON™ what they are effectively saying is “We support this interpretation.”

Thus we’re in a situation where I don’t think it’s useful to rely on CANON™ for whether or not characters “are” or “are not” queer because that’s bound up in the reader’s subjective experience of the text. However, it is useful to look at CANON™ as a barometer of the work’s views on queerness and the place queerness has in the universe the creators are building.

Part of the reason that queerbaiting is such an asshole scenario is that it actually frames the discussion away from fan interpretation while seeming to give a lot of power to it. Queerbaiting relies on and utilizes uncertainty: “they might be! they might not be! wink wink nudge nudge.” And in the process, it de-centers the interpretations of the fans — who I’m pretty sure are certain, which is why they want confirmation — and gives it back to the creators in a CANON™-oriented way. Queerbaiting puts the focus on “They might be!” rather than “They definitely are.”

Swinging this back around to capital-r Representation, what I realized as we were discussing what constitutes queerbaiting is that I am less interested nowadays in the presence of diverse characters — particularly queer ones — than I am with the acknowledgment of queer characters.

Not every situation where characters read queer but the creators don’t acknowledge it is queerbaiting. That’s important; there’s a level of intentionality or purposefulness in queerbaiting that I don’t actually think is present in a lot of media. Which is to say: just because creators aren’t naming our ships doesn’t mean they’re queerbaiting if they occasionally give us something about those ships.

That being said, what I crave nowadays is acknowledgement. I am tired of the “they might be queer” thing. I want authors to have to name it. I want them to put it to words. I want it to be explicit. Not because that would make it CANON™ and thus a number we can point to (“look! a queer character!” like it’s gay Pokémon Snap) but because the explicitness means it cannot be “explained away.” It means the creators acknowledge not just the character’s existence but by extension my existence.

What you have to understand is that, at least on the gender/sexuality axis, heteronormativity and cisnormativity mean that cisgender and heterosexual people don’t need this. They are “acknowledged” by default. We don’t question their existence, their place, or their presence. Comparatively, the rest of us kinda do need it.

And this does not necessarily mean that you have to have every queer character scream “I’M GAY! :D” in the first 120 seconds of their appearance. You can signal it firmly but gently — for an example of this, read the first 6-7 issues of Kate Leth’s absolutely fantastic Patsy Walker AKA Hellcat. Pay attention to how the book signals, say, Tom and Ian’s sexualities. There’s very little doubt about it, but it’s also not an in-your-face hammer. But it’s definitely CANON™ in an unambiguous way.

I also want to point out that like… I can understand this desire for “acceptance” on my part as a primarily political and social desire, rather than necessarily my desires as a media consumer. I still love lots of stuff that’s never gonna give me the queer acknowledgment I want. And that’s fine! I can still enjoy those things (and still think my faves are hella fucking gay) without guilt.

There’s a special place in my heart, however, for those creators who will go the mile and make things explicit, who will acknowledge this. Queerbaiting is the pretense of acknowledgement; it is saying “we see you, but we’re only pretending to care.” I want to reserve my energy and passion for people who will actually make the effort to fully acknowledge, to make explicit, to put their weight behind it.