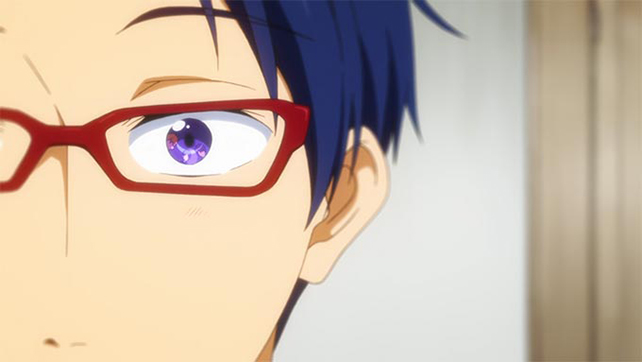 So, let’s talk about Cobra Club, the dick pic simulator by Robert Yang, for a little bit.

Because the content of the game is NSFW — and because I’m going to spoil some of the game’s stuff — you can find the rest of this post under the fold.

I’m always in a weird place when it comes to Robert’s work. I appreciate what he does, a lot; I think he unabashedly goes to places that will question players’ comfort with the subject matter, and the subject matter he covers is usually ground games don’t go to. At the same time, I’ve had issue in the past with the body politics of some of his past projects since they made me somewhat uneasy (though I’d say Yang has become more conscious of this over time; it’s not an uncomplicated issue). But still, if you’re interested in BDSM and consent, fucking your stick shift car, or the connections between demons, corn dogs, and oral sex, check out his stuff.

Spoilers begin now: I’d heartily recommend reading the artist’s statement that Yang wrote about Cobra Club, because in some ways, for me, I think it was a more satisfying and enlightening experience than actually playing the game itself. As a Saint’s Row fan I can appreciate his digs and critiques of character creators, “which [interpret] race as data instead of a process” as he puts it.

I also think Yang’s deconstruction of how “dick pics” interact with gay male sexuality and culture is spot on, too; I liked the contrast of how your cock can be less private than your face, depending on the context, and the ways in which the dick is the promise of a good fuck but your face is the promise that you’re not an axe murderer: “In gay dating networks, your body pic / dick pic is a promise as to how great the sex is going to be, while your face pic is where you show how attractive and normal and safe you are.”

The rest of what’s in his statement, however, is where things get muddy for me. I think, as a window into the silliness and weirdness of taking a picture of your dick and then sharing it with others, Cobra Club succeeds in a cute and non-threatening way. I enjoyed the randomness of the pre-selected dialogue options that chatting with other users provide; at one point I assured another user that their dick was “baroque” before offhandedly commenting that it looked like they were in my apartment, and after they requested a pic from me, I was told that my dick was “feminist!”

But that’s just it: these interactions are non-threatening, abstracted, distant. I like that Yang gave us this digital toybox where we can fool around with the absurdity of taking a dick pic, but because it’s a toybox it is a fundamentally safe thing. Even the game’s coda, the amusing and silly idea that the government is secretly harvesting our dick pics, is an entirely safe situation. At the end, you’re banned from the very service that apparently had you under surveillance in the first place.

I… don’t agree. And the problem is that the lived experience of sharing and taking dick pics as a gay man is about vulnerability, feelings of self worth, the valuation of particular bodily configurations and presentations, which there simply isn’t any of in Cobra Club.

Let me put this in perspective: I wrote a Twine game this year called Upon Reflection and part of its content was, not to put too fine a point on it, the size of my dick. It’s not the entire thing, but a pretty significant thread of that game is how the size of my cock impacted my sex life, intersectionally with being a cis gay man. But like, those are just words. There are no photos of my dick in that game (sorry, fellas). It’s just a description of things, an abstract one.

Yet as I noted when Mitch Alexander interviewed me about it for GayGamer, it took some serious emotional ramp up time before I could even let that game out of my hands, and there was a long vetting process. It started with like, 4 pre-readers, then a “request only” system, then a release without my real name attached, until finally now the two are connected and that’s that.

The question, of course, is: why did I care? I wasn’t showing my dick, I was just talking about it, and in fact the game does nothing to say that it’s autobiographical; it could have been anybody’s dick I was talking about. This was so minor, so bargain basement, that my feeling so insecure about it probably feels ludicrous to most people.

And the answer is — one I’m willing to bet anyone who’s felt insecure about sharing details about their dick would agree with — is the fear that information about my dick will then be connected to me and more importantly used against me. The vulnerability of sharing information about your cock — pics or otherwise — to people in whom you don’t have 100% iron trust has little to do with whether or your dick, in the abstract, is out there somewhere.

When I decided to put up that Twine game I had to stop and go: “I’m a college professor. What are the odds that some student of mine is gonna play this game, and then try to use this against me somehow? What are the odds that some stranger is gonna connect me to this game and decide, without my consent, to make the details of my body public discourse specifically to shame or hurt me with it?” It’s not just the fear of “Someone has a pic of my dick!” or “Someone has a picture of me naked!” There’s this additional level of this knowledge being used to hurt or judge you that is critically important.

It’s the fear that:

That is the vulnerable terror of sharing a dick pic as a gay man, and it’s one that Cobra Club — for all its cleverness and ingenuity — does not address. In fact it specifically avoids addressing it by design by pixellating the face of the “player” and by making all interactions between users about the dick pics be bound up in abstract, goofy language that is “generally positive” or “generally negative” without going into specifics.

Playing Cobra Club long enough gives you “cheat codes” that unlock progressively higher control over both the image and the dick of the person in the photo, within reason. You can have two radically different cocks from one moment to another as you share them with other virtual users (who I assume are NPC scripts, not other actual humans), after all.

And yeah, PuppyDong44 might say, sans puncutation, that my dick is “baroque” and then leave the chat, while another might tell me to “find God” and then block me, but the point is that — unless there’s a greater under-the-hood engine behind this than Robert has indicated — the connection between your actual body/dick in the game and the response is entirely irrelevant, abstract. It’s a big green YES or a big green NO done up in (genuinely) funny language.

But that’s not the same as the way we dehumanize Black bodies with our public discourse about Black men’s dicks, for example; the persistent joke that they have bigger cocks than whites is tied to a racist, nonsensical vision of them as animalistic predators of vulnerable white women. That’s not the same way that Asian men are often infantilized or considered inferior due to ridiculous racist stereotypes about the size of their dicks. The people who nervously post in Reddit’s /r/tinydick (NSFW obviously) asking “do I really belong here?” are not concerned that an ex-lover took one glance at their cock and then said “meticulous” in a mysteriously toneless voice.

I am talking about size in these earlier paragraphs because it is, perhaps, the most common and problematic example of the discourse I mean, but what’s missing from Cobra Club that problematizes it as a “devastatingly honest” look at the relationship between dick pics and gay male identity is the dick pic as a measure of a person’s worth. At no point in the game is the player’s cock or pictures of said cock given any sort of real, qualitative evaluation. Every potential viewer engages it at the level of acceptance: “I asked for a dick, you gave me one. Thank you.” And there it ends.

Now, I would also say I don’t think Yang set out to make a game about the gay male experience of dick pics. Quite the opposite, in my estimation; he made a “magic crayon” version of taking a dick pic, one which breaks down parts of the experience into more easily abstracted and less fraught parts so that people can experience segments of it without going full bore into the reality of the system.

And really, that’s fine! I think Cobra Club is elegant, simple, and thus successful along lines that it sets for itself. I don’t think adding straight up Douchebags of Grindr-esque rejections of your cock based on subjective qualities would improve Cobra Club at all. If anything, I think it would severely inhibit what that game is trying to do. And I appreciate that Yang’s world of judgement-free dick pics chips away at the very racist, body fascist, and sometimes fatphobic bullshit that permeates the real world apps of which Cobra Club is a sly parody.

But I bristle at the idea that Cobra Club is a gripping or accurate representation of what it’s like to struggle with the vulnerability of sharing your cock online. Cobra Club is a game without risk, without vulnerability, and it is the very danger of being judged as your person, in total, merely by the qualities of your cock that makes gay men so cagey about the relationship between their dick and their face that Yang mentions in his artist statement. And really, I think this is transferable to any sort of image of bodies that are vulnerable or at risk; it’s just that, for cis men, their dick is often where they feel most vulnerable, most judged… especially in “mass” cis gay male culture and its mediated expressions, where the perfect porn cock may as well be the Golden Calf of a particularly bizarre religion.

In summary: I actually think Cobra Club is clever, fun, elegantly simple. I’m not sure I’m sold on the surveillance angle — perhaps because of the lack of vulnerability I discuss above — but in terms of his deconstruction of the process, the apps (to some extent), and the racial politics of character creators I think Yang hits the mark especially well.

But I don’t think Cobra Club is a good simulator of how dick pics work in culture, particularly in gay male culture. Without an understanding of the fear, vulnerability, and judgment involved in the use of the dick pic as currency and badge of personal worth, that seems like a disingenuous claim. I’d love to see that game get made — and I think Yang’s tech and design would be an excellent basis for such a game — but Cobra Club isn’t it.

One thought on “Not Safe For Work (Or Anywhere Else)”