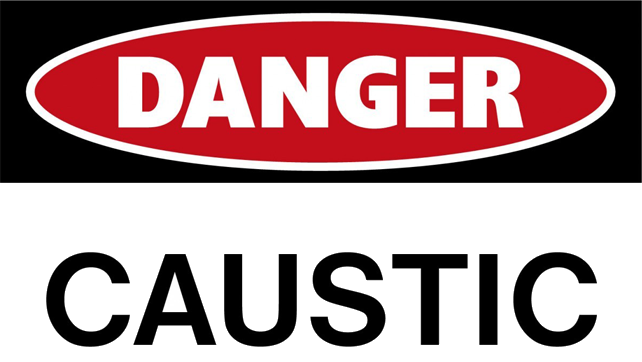 Okay I don’t like getting into blog fights where people asynchronously duke it out without ever engaging each other, but I don’t know Chris Kohler personally and I am… disinclined to battle it out with him on Twitter, 140 characters at a time, while I infuriate everyone who follows me, him, or both.

So when I read his response to critiques of his piece (including a post from a few days ago from yours truly) I realized I had to make another post if I wanted to engage with the ideas. I know this now paints me squarely (puns!) as an internet pedant who strives for the last word, and I am sorry. I would like to be better than that, but apparently I am not. Mea culpa.

Right, so. To be brief, Kohler says that those of us who disagreed claimed he didn’t offer enough evidence (I don’t remember doing that, but who knows, I might have implied it!). Thus his argument in the rebuttal is his attempt to offer said evidence.

Needless to say I didn’t find it compelling. Why? Read on to find out.

I wanna keep this brief, so I’m going to lay out his points and then give a short description of my issue with each. He helpfully bullet listed them, so structure already in place! Also, if you want me to go in more depth on things, ask in comments, or email (if you have mine), or even Twitter though I warn you I will be terse on Twitter. I don’t want to shut down broader discussion, but I also don’t want this to spiral into half my damn afternoon since I just bought Dragon’s Crown and Tales of Xilia and would like to play them.

1. The people behind the first few/older FF games are “gone.”

I guess that’s right. Hironobu Sakaguchi, Nobuo Uematsu, Yoshitaka Amano… the people who were the core creative leaders of the first six Final Fantasy games have, indeed, moved on to other stuff. Stuff like Blue Dragon and Lost Odyssey and The Last Story which were… received pretty well. If you’re a believer in Metacritic scores, they were received about as well as Final Fantasy XIII and Final Fantasy X-2. In fact all 5 games got roughly the same score within 1-2 points: between 78 ad 82. Let me be up front that I don’t believe in Metacritic scores and I don’t necessarily find this a compelling argument but I’m offering it because I know there are many who do, and because one of Kohler’s later points involves sales metrics so if he can bring in dominant market paradigm logic, so can I.

My point is that those creators are gone and they’ve moved on to projects that have gone on fine but are not necessarily shattering our worldview, while Final Fantasy have moved on with other people at the helm and… done okay too. So I have to ask, what does the original creators being gone have to do with anything? Kohler says point blank:

This is not to say that if these three creators were to reunite tomorrow they would necessarily produce another Final Fantasy as critically acclaimed as the work they did decades ago. But the staggered departure of Amano, Sakaguchi and Uematsu means that whatever creative impulses were driving the series then are gone now — so why expect anything to revive them?

So let me get this straight: once the creators have left, it is pointless for anyone to take on a franchise name? Nobody ever reboots, remakes, or retools anything in a satisfying way? And the result can never be a commercial success?

Well, good thing you said, then.

What does that even mean, can I just ask that up front? I don’t understand what “a mess” means. Does it mean the story is bad? Character design? Music? That would at least give me something to go on, but Kohler’s problem appears to be, and I wish I wasn’t saying this, that Final Fantasy X-2 was a sequel. That’s it. He makes some token comment about it being “girl characters” and “fanservice” that I am pretty sure come from a place of, say, him probably not playing it for more than an hour, and I can safely ignore that because it is not just a throwaway thing but also a matter of taste or interest where arguing about it won’t accomplish anything useful.

And really, it is this middle part of Kohler’s rebuttal that just has me blinking my eyes and rolling a Will save. Like…

What? The idea that a series with like, 16 games PLUS in it now, would produce a perfect pitch, pleases everyone hit every single goddamned time is beyond irrational. That’s ludicrous. Simple law of averages says that couldn’t happen, for starters. I’m not even going to point out that FF13‘s long dev cycle (a thing Kohler complains about a few paragraphs later) was in part influenced by the dev team starting a PS2 game and then moving it to the PS3 mid-dev, or that they had plenty to move into FF13-2 because they were trying so hard to figure out how to make FF relevant/appealing to Western audiences and so they went overboard creating assets and story ideas in the process? A clear mistake, don’t get me wrong, but one that happened in context.

Kohler pretty much says that Crisis Core, Before Crisis, and Dirge of Cerberus — all three spinoffs of internet favorite Final Fantasy 7 — were awful and apparently a direct result of FFX-2 happening and Square going “Whoa, we sold a successful sequel! Let’s try it a couple more times!” I mean, what? And because those games (and FF4: the After) were all bad in his eyes (despite… selling decently well, on the average) then sequels are a death knell? I mean, how does that map from Final Fantasy: the Spirits Within to FF7: Advent Children? I couldn’t tell you.

I am not even going to touch the part where FF12 is good andFFX and FFX-2 are not because they were “too easy/too leisurely” because what the actual fuck, guy. Difficulty of a game does not equal quality, last I checked. In fact in a world where increasingly the idea of the hardcore gamer is eroding fast, the notion that a game has to be face-punchingly hard to be worth anything is evaporating fast. Games that don’t demand so much of us gameplay-wise are what they call “more accessible,” though that sentence probably tells me a lot about your seeming objection to the idea right there.

In short, I’m trying to figure out what “a mess” is and the answer appears to be “anything other than an unbroken chain of Serious Business, market-viable, perfectly polished successes that never, ever, EVER make mistakes.” If you find that magical game series, please let me know.

I’m not even qualified to discuss numbers here, especially since Kohler doesn’t offer any outside the Japanese market, a place that conveniently doesn’t exist when he calls the FF7 expanded stuff unpopular but suddenly matters when FF13 was 100,000 copies shy of selling 2 million.

Instead I’ll just say this: Context context context. There are plenty, plenty of other reasons why FFs might not be selling well and this one data point is not compelling. How are JRPGs doing in general in US markets? Video games? Japanese games? How does FF stack up against a relatively dwindling number of long-term JRPG franchises like the Tales games or SMT? Tell me about those situations and then we can reason that a lack or decline in quality is at fault. Until then, this is a meaningless topic.

4. The “good” stuff is infrequent and not really “good” I guess

I’m gonna sum this up:

I don’t even know what he’s arguing here, other than a weirdly-worded “NUH UH” to his critics.

And there you go. One of Kohler’s parting shots is that you should play Ni no Kuni instead, a game that is so retro that most people I know stopped playing it because they couldn’t take the grinding and the bizarre difficulty spikes anymore.

Look, I’m maybe being unnecessarily snarky here, but I have a serious problem with Kohler’s pronouncements and outlook as expressed in these two articles of his. The rhetorical stinger that Final Fantasy is dead implies that anyone who likes the current products is a fool and that nothing good can come of their current direction. That’s nonsense. It is clear that Kohler doesn’t like the new content, and does like the old content, and there’s nothing wrong with that in and of itself, but I take issue, serious issue, with the idea that because the direction of the series no longer suits his tastes that it is “dead.” It is, perhaps, dead to him, in the “dead to me!” sort of way, but that’s not the same thing, and I should make it clear that neither Kohler nor I (and others who agree with either of us) can claim majority support on the issue. It’s contentious, people like different things and have different expectations.

Consider this mid-article quote from Kohler:

It’s important to be wary of viewing the past through rose-colored glasses, but the inverse is not necessarily true either. Sometimes — often! — the older stuff really was better. (Imagine saying with a straight face to a Star Wars fan that the new trilogy really is great, and that they’re just irrational, and it’s not for you anymore, et cetera. Is that the most compelling explanation, or the last feeble line of defense?)

Because this is, in no small way, directed at me (it’s using my own words in part), I’m going to be pretty direct in my response.

I can and have said that with a straight face to Star Wars fans. I liked the prequel trilogy. I didn’t love them, I think the originals are better examples of what I love about Star Wars, but those moves happened in my youth. They’re not coming back. The only way we can move is forward. The result might not be perfect. I might even not like it very much. But going to the past is not an option. I don’t think finding the new trilogy unsatisfying or bad or whatever is irrational. I do think, however, claiming that the Star Wars property is “dead” — not capable of new, positive growth — because those films don’t appeal to you is irrational.

Kohler ends his article with the question “Can anything be done?” And I, eternally the optimist, think something can be done.

You can get over it.

4 thoughts on “Dispatch From the Bureau of Critical Vitriol”