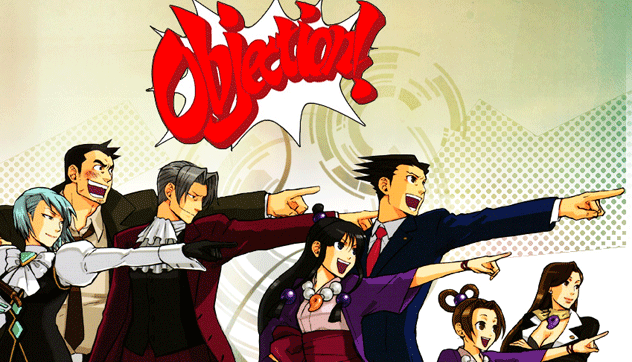 Let’s start with an obvious one: the final demon summoning in Bayonetta —

That song — Bayonetta OST disc 2, track 11, “Let’s Hit the Climax” — is far and away one of my favorite “awesome moment” songs from any video game, and it is those little gems that I want to talk about briefly.

So I don’t enjoy TVTropes all that often which is why I’m not going to link to them, but the type of song I’m talking about is often played during what those kids call “Crowning Moment of Awesome,” though honestly there are plenty of examples of this kind of music that play during regular (though probably not exactly common) expressions of awesomeness. For example, consider this track from the Okami soundtrack, “Descent of the Great Goddess,” which plays during a number of the scenes where Amaterasu uses Revival on Sakuya’s guardian saplings, thus causing the natural order to be restored and the demonic miasma to dissipate (skip to 00:45 if the link doesn’t work properly):

That’s a pretty awesome feeling, right? You get this wonderful sense of triumph (see also my victory themes post), but unlike combat victory themes there is a lot of variation in how these “awesome moment” songs sound. Certainly there’s a trend toward the HUZZAH YOU DID IT victorious-sounding bit. One of my favorite examples is this bit from Brave Fencer Musashi, “Got the Five Ring Scroll!”, which plays whenever… you get a Five Rings scroll in game. They’re rare, powerful, important powerup-granting thingies, and man, this song is pretty great about making you feel awesome for getting one:

An interesting thing about that piece, by the way, is that after the fanfare part it slips immediately to Musashi’s leitmotif (if you don’t recognize that word, it’s a recurring musical theme that’s tied to a character, very commonly used in video games). So the sense of awesome is also tied to the character’s victory, e.g. “FUCK YEAH SCROLL POWAH, MUSASHI THEME WHAT” and then a disco ball comes down and you do a little dance or something, I don’t know. Of course, sometimes games are very clever and they just use everyday music in an awesome moment to great effect. Consider this part of Grandia 2, where Ryudo busts out the Granasaber and strikes back at the demon lord Valmar, who is about to destroy all of civilization (skip to 4:33 if yadda yadda) —

What’s interesting to me is that I find the sweeping orchestral whatever that plays during the FMV portion to be very stock and kind of dull; I don’t have a strong emotional reaction to it. However, once the smoke clears and Ryudo starts talking again, what’s playing in the background is Grandia 2‘s default fight music, “Fight! Version 1.” When that happened, my emotional response kicked in. Why? I’d spent the whole game to that point hearing this music whenever it was time to fight the bad guys. And then there Ryudo is, surrounded by his friends, the last hope of the world, defiantly challenging the being that would destroy them all, while that song plays. So, so awesome. It doesn’t hurt that while I find Noriyuki Iwadare isn’t terribly great with event music, his combat music is always great.

I don’t know that I have anything terribly clever to say about it, but another favorite piece of mine in this vein is Fire Emblem: Awakening‘s unit promotion music, “Let’s See What I Can Do Now,” which has a really great feeling of “this unit has finally matured and now those motherfuckers better watch out because Lissa can use axes now” (text not final) —

And then of course there’s the songs that are simultaneously about being awesome and then fueling awesome. I’m going to close this post out with a link that should probably satisfy many of you, because it might be the quintessential version of what I’ve been talking about this whole time. I present to you, all of the “Cornered” themes from the various Gyakuten Saiban/Ace Attorney games.

Personally, my favorite is “Pursuit ~ Lying Coldly” from Ace Attorney Investigations (6:35 in that video)… which, interestingly enough, was composed by Noriyuki Iwadare. Does this count as combat music? You be the judge.

One thought on “Musica Mundana — Dramabomb”