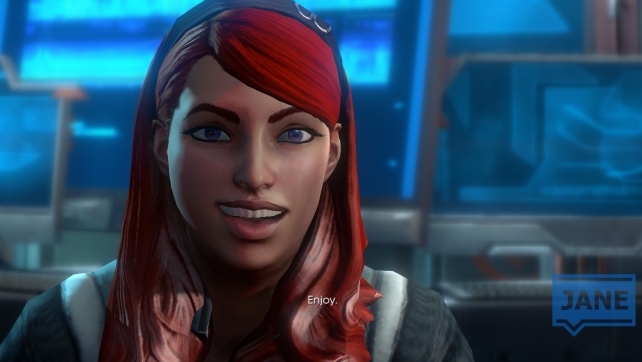 This morning I read a great piece in Offworld by Aevee Bee on video game bodies and physical conflict as metaphor for interpersonal conflict. I really liked the kinaesthetic metaphors and language Aevee used in the piece. They were this great bridge between the conceptual material and the examples that made it real. It was good stuff.

But because I am selfish it made me reflect on my own life and how I read this concept into my own experience, which stepped away a bit from what Aevee was discussing, and after throwing my thoughts into a couple tweets I realized that writing them out in blog post form would be to produce a pale imitation, to appropriate what got said for my own petty ends. I decided not to.

On the way to the office today, as I walked to work, a kid bellowed “LOOK AT HOW FAT THAT GUY IS!” while pointing at me enthusiastically.

I am both fat and gay and so I am all too familiar with the microaggressions that come to someone who is either, or both. There is probably a complicated talk here about children not knowing any better and not letting it get to me and how as a cis male I am spared additional layers of how this could play out but to be honest, all of that falls away in the face of the fact that it hurt. It will always hurt. There will never be a way for it to stop hurting. That’s just reality.

And so I decided to write this post anyway, even if it’s self-indulgent and petty.

Aevee’s piece put me in mind of my complicated relationship with a character from Street Fighter 4 named Rufus. I’ve definitely talked about this before, both in this blog and elsewhere, so please forgive my retreading the topic. But Aevee’s post made me reflect on Rufus in a new and different way, which is why I am revisiting it.

Rufus is a weird, confusing ball (sort of literally) of mixed signals. He is at once a highly effective Bruce Lee parody, a jab at delusional fanboys, a shattering of stereotypes about fat bodies, and an affirmation of all our attitudes about them all in one go. He is powerful, fast, effective. He is delusional, strange, offputting. He is agile; he is ponderous. He is graceful, but contained within that grace are the aftershocks of our scorn, as he defies and then confirms our feelings about what someone with all that weight is supposed to even do.

This video is of Rufus’s combo trials in Super SF4. Spend some time watching it. Watch how his body moves when he performs attacks, when he gives a little victory taunt after each success, how he comes slowly to a state of bodily rest. Think about Aevee’s description of swift movement in Bloodborne, the idea of being instantly where you need to be, of the imaginary feeling of perfect movement, and then look at Rufus.

As a fat person I love his kung fu. I love his acrobatic power, his improbable acceleration of ungainly mass to devastating quickness. I love that he is not Zangief, a wall of Cold War muscle that will simply overwhelm you with the unstoppable power of bulk. Instead he is almost playfully spry, darting into your guard, peppering you with blows, floating through combat like a sort of canary yellow balloon of death.

As a fat person I hate his shape, his jello-like blubberyness. I hate that he cannot simply be swift and strong; he must be swift, and strong, and then come to a jiggling stop that plays itself out with an almost darkly lascivious length, inviting us to stare at him until everything settles to an uneasy stop. “How long will that go on?” we ask, staring in wonder. I hate his personality; his delusional inability to recognize a man he considers his closest rival. The game’s fiction makes it clear that Rufus isn’t in Ken’s league; that Ken as the fit blond and perfect American golden boy is simply in a realm that his flabby and dense follower can’t even perceive. I hate that Rufus is the literal personification of the idea that if a fat person likes themselves they are living in a dream world.

For Aevee, Ramlethal’s design — mechanically, aesthetically — represents an all-too-seductive fantasy of perfect, untouchable control. Ram can zone, control space, deny attackers, with an expression of utter sangfroid, as Aevee points out. I resonate with this. I wish I could be Ram, too; I wish that when I walk by this kid who doesn’t know me on the street, who finds me fascinating enough to shout my difference to the world, that I wouldn’t care. That I would be safely behind the wall of swords.

In truth, however, I’m not. I’m never safe, and Rufus is perhaps the perfect metaphor for this. He is the promise of bodily liberation — of being freed from what haunts me about my fat body — that goes unfulfilled. He’s the moment of invincibility followed by the harsh reminder of its illusory nature. Even if I lived my dream of performing a perfect somersault, delivering a graceful kick to send the forces arrayed against me spiralling away, the wobbly gyrations of that fat belly await me at the end of the display. “Did you enjoy your moment?” I am asked, and then shown a predatory smile before that same voice says to me: “…freak.”

I have never been comfortable playing fat avatars in games if they are intended to represent me in any meaningful way, with one enduring exception, to which I’ll return shortly. I’ve never really understood why. Even as I progress through 2015, the year in which I have promised to fight myself for better body esteem, for a better way to live without being sad about my physical shell, I can’t make a fat guy in Skyrim or Guild Wars or whatever, can’t pretend he’s me, can’t feel good about him.

Aevee’s post perhaps gave me a reason that I might not have considered before, but which feels compelling to me. In these games of avatar creation, where what we build is mostly selecting for taste and no matter what we choose “moves like a doll” and “makes [us] feel like a doll,” I don’t even get this moment of my character breaking away from the expectation of fat bodies as Rufus does. My fat doll with my hair and eyes and taste in clothing moves exactly like everyone else and for better or worse in my head I know this is not how things work. I hate, I outright loathe Rufus’s jell0-like belly wobble but a tiny part of me is going, “At least they’re acknowledging it. At least they’re not pretending that my cis male fat body moves in exactly the same way as this short, waifish elven fantasy woman’s does.”

You can ask any friend I play MMOs with: my avatars are universally women, usually an unbroken chain of pulchritudinous redheads. If I can choose her voice, it is always low, a throaty alto. My Final Fantasy 14 character went from human woman to catgirl in an instant, last night, as I continued to re-define myself in that world.

But against all logic, I believe that the parts of me that I feel are me — my attitude, my personality, my viewpoint — can be reflected by the bodies in those pictures. Because I’m never reminded of my real fat body, I don’t have the disconnect that makes me go, “This can’t represent me.” That FF14 character is multi-talented indeed: one day she’s a mall goth math witch using arcane geometry to melt your face off; the next she’s a literal wall of steel, an invincible bulwark with a gigantic two-handed axe slung casually over her shoulder. And I can be all of those because there is never a moment where the game says to me “But at the end of the day here’s you, the fat guy. Jiggle, jiggle.” I can inhabit these bodies emotionally by basically erasing my physicality in the process.

The exception to this, surprisingly, is my Saints Row avatar, the Lady Boss, around whom I have not so much created an online persona as much as a pretty literal Twitter-based brand.

I don’t think I ever gave her a name, unlike almost all my other avatars (Fox Clairseoir, the aforementioned FF14 character; Ashe Cousland, Rosalinde Hawke, Fox Trevelyan, the list goes on). In my head, she is always The Boss or The Lady Boss or, to be perfectly honest, she’s me.

But bodily, we have little in common. She’s a cis woman, I’m a cis man. She’s got a volumnious head of perfectly coiffed red hair; I’m balding with boring old brown hair. Perhaps the only thing we have in common is that we are “large,” but even at their fattest, Saints Row‘s created avatars are not the sort of fat I am in real life. It’s a fat body with the harsh edge of extremes sanded off, conveying the sense of size without any of the problematic stigma of excess… which is curious, given that the series is built on excess.

Yet I happily play her, perhaps my only real “fat” avatar. Her movements are no different than any other SR avatar’s, the rigs being if not exactly similar then so close as to be almost indiscernibly different. But I am beyond happy with her body. I dress her up in clothes I wish I could wear and they always look fantastic on her. I love her for that. I love her.

Why is she different? Perhaps because there is a strong note of aspiration. I didn’t make my Lady Boss to “reflect” me; I made her of something I wish I could be, and which was just close enough so that I could believe it wasn’t that far off. I will never be the lithe, freshfaced catgirl I play in FF14, or the toned and huge Norn ladies I’ve made in Guild Wars 2. I appreciate them, enjoy them, specifically because they are, as Aevee says, dolls.

But the Lady Boss… she possesses enough of what I think makes me who I am in a body that is just close enough that I look at it and go, “I could be this, maybe. Someday.” Not that I’ve any desire to be a murdering sociopath (I’ll take “puckish rogue”). There’s a reason I fell in love with Laura Bailey’s performance as the Boss, though: it’s very close to how I talk, how I express myself. Unlike my other avatar “dolls,” the Lady Boss is special somehow.

I really wish I knew what all this means: for me, for how games should present characters with fat bodies, for how I should think about my fat body. Maybe it was enough to just perform this exercise, to get it on paper. But after reading what Aevee wrote I couldn’t get it out of my mind and, well: here we are.