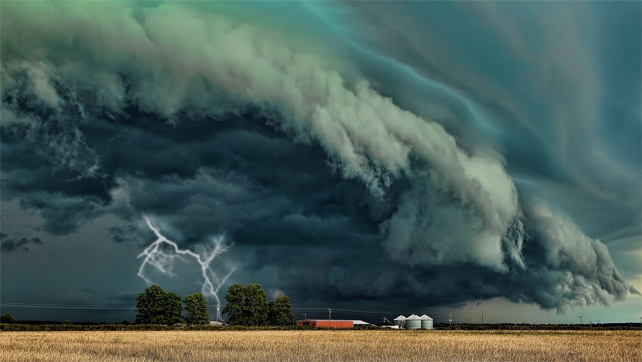 I’m gonna keep this short and sweet, ideally, because this situation has become so absurd that I’m not even sure it’s real anymore.

So there’s a fighting game by FK Digital called Chaos Code. It came out last year-ish? Around the same time as AquaPazza. I bought it for a pretty cheap price (around $10, I think) and screwed around with it for a couple days because I’m a sucker for an anime fighter and the character designs were sort of wacky in a fun way. I mean, there’s a Cthulhu-based magical girl.

In fact, I mentioned that character and a representative of the company, “Tenryo” (Twitter user @tenryothelight), — who appears to be their English community manager — popped up in my feed posting a pic of her. Cute, harmless little thing. I’m not a fan of corporate namesearching but generally speaking this seemed like it wasn’t a big deal.

Now, I should mention, I then tweeted later about some of the game’s more disappointing character design choices. I thought the gigantic chef who battles like a pro-wrestler was fun, and the secret agent otaku who skips out on missions to buy merch in Akihabara was funny in a low-key way. But there were also a couple “practically no clothes boobtastic ladies” in there that were kind of stock sexualized anime women that made me sad. Which I took to twitter to mention.

Well, Tenryo popped back up, this time to tell me (and this is verbatim from consecutive tweets he made): “I understand that you have a slight problem with the character designs. I know everything you tweeted recently falls under your direct opinion but please try to understand the designs are made to cater to different demographics.”

Okay. I don’t think I replied to this (I can’t find any), probably because coming from a media criticism perspective that excuse is utter nonsense and my reply wouldn’t have made a productive discussion. So I let it go.

The problem is, approximately 30 days later, the topic came up and the fallout was… well. See for yourself (read up for context).

After that died down, things were quiet for a long while. Villagers went back to their fields, we raised crops, I think we won the Super Bowl, I don’t even know. Which brings us past the advent of That Hashtag and all its fallout, to April of 2015.

I’m not even going to link it, but some weirdo gater decided to smack talk me as an example of an SJW critic who talks about games without ever playing them. For some ridiculous reason I cannot even begin to fathom (I don’t even KNOW this guy!) he busts out — you guessed it — my critiques of Chaos Code from January 2014. The hilarious part is that he was claiming I critiqued the game without ever playing it, and the truth is I critiqued it because I was playing it.

In a probably ill-advised moment of snark, I merely tweeted the following selfie and politely asked him to leave my mentions:

What happened next was that this random gater implied that I’d get my ass beat in a Chaos Code tournament, to which I had no reply (as I was on my professional Twitter feed where I don’t argue with randos). However, I did joke on my everyday Twitter feed:

Now: I probably should not have made such a dismissive tweet. It doesn’t do much other than potentially annoy Chaos Code fans who might see it. But considering the situation, I think my sudden snark can be forgiven. The problem is that, out of the mists of time, this tweet… summoned Tenryo.

As is my rule on the situation, I did not directly engage. Instead I limited myself to… what I felt like was some light snark about the situation:

But it still managed to blow up in my face anyway. This tweet thread is the real winner, in my opinion, but I can’t easily search for the rest to show you because I am now, as you probably could expect, blocked by this person on Twitter.

So, I’m just gonna say this: you probably don’t wanna approach community management or public relations for your game or your company this way. Namesearching is a controversial practice; I have a marketing/business PhD friend who assures me that for most people it’s actually good business practice, particularly to remedy poor customer experience. I, on the average, am against it, but I don’t complain about it provided the result is generally harmless.

But the cases linked above… man, where do I even start with this? Sweeping in unannounced, becoming demonstrably upset to the point of shouting/yelling/being belligerent with people that disagree with you, telling them to their face that they’re “dead wrong about [your] game” and such? Maybe don’t. I mean, I just… it’s seriously like a checklist of all the things you should not do in this situation!

I mean… yeah. I shouldn’t have made a broadly dismissive tweet about the game (though I stand by the statement that I doubt Chaos Code has a thriving tournament scene right now, all things considered). But holy wow, just… do not escalate to this level. And definitely don’t continue to engage a person who isn’t even talking to you directly at all on Twitter. They’re probably being silent for a reason!