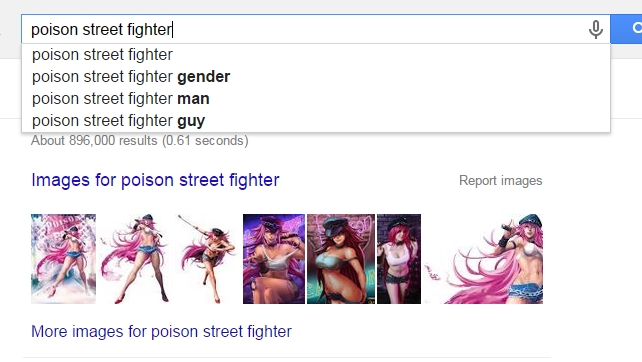 So I was looking through my blog drafts folder and noticed a few blog posts that I never actually finished, but had started writing at some point. I don’t have significant time to finish most of them, but since Twitter expressed some interest in seeing them, I figured I’d do my best to bring them to a natural concluding point and just throw ’em out there.

I want to emphasize that though I’ve put in some work to make these post-able, they are very much still Really Rough Drafts. Please treat them with a bit of indulgence and kindness if I end up sailing off the edge of the map.

This first one was originally part of my post about Kotaku’s Tingle story, but I cut it when I realized it needed to be a post all its own (and that it went on a tangent that didn’t add a lot to that story).

Also, if you want some further reading on this topic I would highly recommend Aevee Bee’s “The Story is a Spell.”

So, without further ado, take your peek into draft folder purgatory after the cut.

Something that came up in my discussion of the Tingle story was the notion of the “character that everyone throws into the conversation” when characters of [x] type in games are mentioned. There’s a handful of them for basically every type of diverse character (except perhaps the disabled, at least with regards to AAA spaces, which says something right there). When people ask for a good woman of color, most leap to Jade from Beyond Good and Evil, for example. There’s always The One that gets pulled out for evidence.

Tingle isn’t necessarily that, but he’s certainly one of the range of go-tos when people — particularly straight people — start thinking and/or talking about authored gay characters in games. This is symptomatic of a broader problem I see with discourse in gaming culture about queer characters that are not “explicit” in some way (e.g. the game content itself makes a distinct reference to the character’s sexuality or gender identity). You can definitely see this with gaming culture’s two favorite “look at these though!” characters in the form of Birdo and Poison.

Now, before I discuss anything further, let me say this: It’s not my place to say whether or not Birdo or Poison “are” or “are not” trans characters. I think trans reads of both are common, understandable, reasonable. Also, I am cis, and am coming at this from a cis perspective, which is also important to remember.

My problem is with the way that Birdo and Poison are often thrust into conversations about diversity to say LOOK WE HAVE GOOD TRANS CHARACTERS WHAT ABOUT BIRDO AND POISON (and sometimes the list includes Naoto Shirogane of Persona 4 or Bridget from Guilty Gear XX or a handful of other AAA-space characters). They appear on so many “top [x] queer characters” or similar lists, without any sort of discussion of how they’re treated by not just the games they’re in, but the culture surrounding those games.

Poison is probably the best example of this. I really love Poison as a character: she’s powerful, confident, fun, sexy. The games she’s in, though, rarely — if ever — actually address her identity, and when they have, it’s often been in a pretty gross way, though I want to point out the SFxT screenshot shown in the video above, where Ryu makes a transphobic joke, was actually of pre-production content that was removed for the eventual release. That said, the EGMNow interview with SF series dev Yoshinori Ono that revealed this fact is full of complicated and not always positive sentiments from Ono (and by extension Capcom) about Poison’s portrayal as trans.

But Poison’s status as a trans character is bigger than “official” word, and we should always be careful about how important word of God should be considered (uh, Korrasami, anyone?) with regards to this. I want to move the discussion away from “is Poison trans?” and toward the more important question of “how do we use Poison’s trans identity when talking about queerness and trans identity in games?”

And just like Tingle, I think gaming discourse trots out Poison’s trans identity whenever we need someone to point at, and almost never for the actual benefit of trans players or people. That is, when the cis world needs to say “Hey, there’s trans characters!” then we immediately go to Poison, but the truth is that Poison’s trans identity is very rarely handled in a positive or forward-thinking way by the games she appears in. That doesn’t mean that Poison can’t be a positive trans character — again, that’s more about the relationship the player has with her — but it does sort of make me wonder why she always comes up, that we seem satisfied that her existence alone fulfills a need or lack.

This is even more the case with Birdo, a character who has so little actual character definition or history that saying “Look! There’s one of gaming’s good trans characters!” seems ludicrous to me. Again: this isn’t about “is Birdo trans?” or not. However, when it comes to what the games present, Birdo’s identity as a trans character is even less distinct than Poison’s, looking at how she is discussed and portrayed. Yet the cis gaming world is pretty happy to bring her out. “See! A cute trans character!”

If anything, the treatment of Birdo’s trans identity by the games she appears in is even more nebulous and strange, considering Nintendo’s notoriously backwards drive to “de-politicize” their games in pursuit of their “family friendly” corporate image (a drive which, hilariously, is present in Poison’s history too). Plus Birdo is a pink dinosaur-ish thing, and like it or not that complicates the issue somewhat, too. Like Poison, Nintendo seems unable to settle on just what Birdo’s gender is, sometimes.

I feel like with discourse surrounding Birdo and Poison (and characters like Taric from League of Legends [1], as I’ve written about before), their queerness is transmuted into something like background noise, a constant hum which becomes noticeable as soon someone points it out but is then swiftly relegated to the background when we no longer “need” to notice it, unless you are someone who is specifically listening for it. And of course, as marginalized folks, queer players are usually listening for it.

And this need not always be in situations where the game is coy or avoidant. I’ve written before about how reading Persona 4‘s Kanji Tatsumi as gay might elide more nuanced interpretations of the gender politics of his plotline. Sometimes I have similar feelings about Naoto Shirogane — in the sense that I think her story feels like a more compelling read as a commentary on gendered expectations of bodies/professions/etc. than about her as a trans character — but as I am cis, I feel less confident speaking about this than is the case with Kanji.

This is why I am less interested in a discussion focusing around the “authenticity” or “officialness” of Poison or Birdo’s (or any other character’s) being trans. Generally speaking, that’s not a useful question, because queer players are used to reading, re-coding, and re-interpreting characters of all kinds, queer or no, to their own desires and uses and have been for a very long time. This discussion isn’t about the “background noise” or the people who are re-composing that noise into their own kind of music.

I feel like, at least in the triple-A space, Dragon Age: Inquisition‘s Krem is the first trans character where the game seems to acknowledge it in an overt way, since if you ask about Krem’s past both he and Bull will basically tell you straight out. That’s actually a pretty big deal. And usefully, it’s not Krem’s defining quality as a character, but is merely part of his backstory and existence, while at the same time, obviously being important to who Krem is. It still feels like Bioware made some missteps with Krem; one of the most discussed ones is whether it was a good idea to have him voiced by Jennifer Hale, a cis woman. Another is that, in the process of exploring Krem’s backstory, your Herald can ask Krem some pretty insensitive questions in some awfully unfortunate phrasing.

But even for those flaws, Krem has something that Poison and Birdo (and to an extent Naoto or Bridget or a bunch of other “go-to”s) don’t really have: strong acknowledgment in the game world of their identity. So maybe it’s time, when we cis folk are asked to think about trans characters in games, that we stop trotting out the line that “Well there’s Poison and Birdo…” and start thinking about the lamentable shortage that drives us to fall back on these “go-to”s in the first place.

1. While I generally stand by my broader points in the linked post, in the time since I’ve written it Riot has undergone some pretty tectonic shifts in corporate culture and their attitude toward this sort of issue. I feel like those changes are generally positive, and worthy of note.