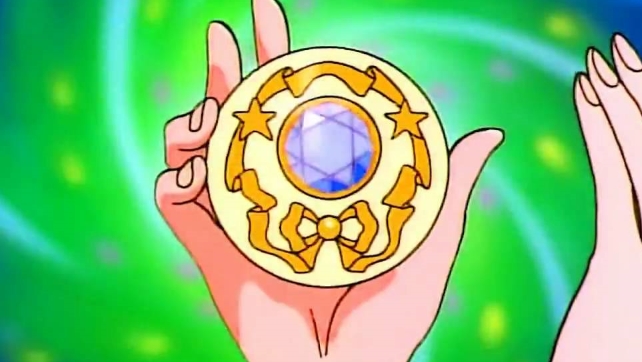 Lately, I’m beginning to feel like a bit of a crank when it comes to LGBTQ issues in games.

Specifically, I’m worried that I’m being too hard on people who are potential allies. And while I am vehemently against that as a critique coming from allies themselves (“you’re not making any friends, you know”) I think it’s a valid thing we queers can ask ourselves when it comes to treating allies with respect. Sometimes, allies making the effort can and should count for something. So occasionally when I bust out a critique like… well, spoilers, like the one I’m about to write… I get worried that I’m being too hard on people that are trying.

What I’m saying is, if you get to the end of this and are mad at me, cut me some slack.

So recently Jamin Warren released a video in his “Game/Show” webseries for PBS called “The Value of Playing Gay in Videogames,” which I have included below:

I have some concerns about this video, or maybe more accurately, I’d like to add some nuance to the discussion of this video that it very likely had to cut to fit everything into an 11 minute video. I’ve also got some thoughts about Mike Rougeau’s Kotaku article on “playing gay” in Dragon Age, which is cited in the video. Details after the cut.

Okay so the general premise Warren offers is this: we could stand to have more queer characters in games 1.) “because it’s only fair” and 2.) because they offer a chance for players to inhabit the experiences of queer people, which can present non-queer people with a chance to understand those experiences better. I don’t necessarily have a problem with that idea, per se. It’s sort of a digitally abstracted, highly simplified version of the contact hypothesis: the idea that the more chances you have to communicate on a personal level with someone who is different than you, the more you will see them (and their out group) as people rather than stereotypes. I’m being highly reductive, of course, but that’s the briefest gist.

Also, as a side note, I’d recommend the writing of Professor Adrienne Shaw on the subject of queer representation in games and what queer players want out of it. It is not as cut and dry a situation as you might imagine and her work (especially her new book Gaming at the Edge) explores that nicely.

Rougeau’s Kotaku article, comparatively speaking, was about how over the course of playing Dragon Age: Inquisition he realized that his Herald of Andraste — an avatar he was approaching as “playing himself” — wasn’t attracted to any of the man/woman romance pairings, but instead was interested in exclusively gay option Dorian. This tweet of his (which he links in the story) sums that up pretty well. Rougeau spends much of the piece talking about how his typical approach to avatars is, as I said, playing them as if they were him…

But as I get older I find myself being able to empathize better with people whose life experiences are not like my own. I’m writing more and more about female game developers and people who identify as trans, and about people who suffer from things I don’t have much experience with, like developers who use games to work through their depression. And that’s opening me up to new perspectives. A younger me might have been frustrated by Inquisition‘s lack of romance options for straight male characters, as some of the game’s fans are.

But I recognize the unique opportunity this has given me: to for the first time see a role-playing game protagonist as something other than an avatar for myself. I still feel a connection with my Inquisitor, but he’s also taken on a life of his own. As I continue trying to save the world in the latest (and possibly greatest) Dragon Age game, delivering people’s letters and chasing Dorian’s well-mustachioed tail, I’m not stepping into the game world itself, but into the shoes of a gay man who already lives there. And for that I am thankful.

So, much as with Warren’s core message, I don’t necessarily disagree with this. As Rougeau himself says, there are lots of different approaches to playing an avatar in a game where you create your own. Choosing to “reflect yourself” is just one way to do it, even if it’s one that I think people are probably doing on some level no matter what approach they take. My Saint’s Row Boss is this strange fusion of an idealized me and playing around with having a different body that is clearly not mine, but which I enjoy inhabiting, for example. If that created avatar gives you an opportunity to try on an experience that’s different than your own, I think that’s valuable. If that experience helps you come to a new and better understanding of those people that are different than you, that’s also valuable.

However, I think we need to be cautious about this one-remove contact hypothesis process. If and when games can foster empathy and understanding, that’s awesome. But I remember reading Rougeau’s piece and thinking, “Is this really reflective of a gay experience, though?” In some ways, it is; as Warren discusses in the video, much has been made of Dorian’s story and character drawing on (gay male-IDing) series head writer David Gaider. So in that regard I wouldn’t critique Dorian’s story along that axis. Unfortunately my DA:I game bugged out and I missed a lot of Dorian’s personal storyline, to my chagrin, but from what I know of it, it touches on a lot of themes that are salient to my memory: disapproving family, trying to be true to yourself even though it has a cost.

That being said, and I hate to promote myself this way, I think being let down easy by Cassandra Pentaghast was an experience way more resonant with my gay life experience than Dorian’s story was. And the reason why is this: it was out of my control.

I think my concern with this situation is that even if Rougeau’s suddenly-gay Inquisitor or the play-for-empathy characters in the situation Warren describe are meaningful, they are optional. The people behind them can stop at any time they want, taking off the mantle, returning to whatever vision of “normality” they embody at any given moment. And I am not saying they will do this without fail; from his article’s tone I suspect Rougeau let that play out to its natural end.

But the difference, to me, is that I cannot put on or take off my sexuality and identity like a suit, suddenly divest myself of it. Or rather, I could do that, but it’d mean heading back into the closet and I don’t think that’s a thing I can even do, anymore (thanks Google). This is why my rejection by Cassandra was a more affecting and resonant queer experience for me, than my impossibly storybook potential romance with Dorian (and I was playing a lady Herald anyway so we were just friends). I couldn’t choose for that not to happen. I couldn’t undo it. I flirted, she noticed, she shot me down. The only way to take that back — to save myself the heartache — would be to “cheat” by loading an earlier save and behaving differently.

Considering what I just wrote about rewinding time to fix mistakes in Life is Strange, that doesn’t seem likely.

I’m not against what Warren is saying in his video, about wanting more queer characters in games so people can step into their shoes. I’m not against Rougeau feeling that his Herald was “suddenly gay,” nor do I think his experience was bad.

But I do think if we’re going to claim this pseudo-contact hypothesis situation as being a primary good for diversity representation, we need to step away from the created avatar a bit. We need to set down gaming’s holy grail of “choice” and force people into it, make them step into the role without a chance to wriggle out. For most marginalized people, there is no option to doff the Difference Suit™ at the end of the day and become “normal” again. If you really are serious about this “giving people a chance to experience it” thing, then you’re going to have to make them uncomfortable, take them outside the range they’re used to… and you can’t do that if it’s optional.