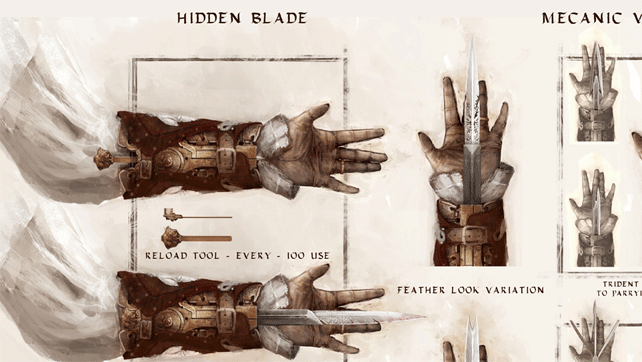 May 30, 2014 ToddGames Criticism, Narrative in Games, Sexuality in gaming

So there’s this thing that bugs me about being gay and I imagine it bothers a lot of other people on the queer spectrum, too. It mostly comes down to: when do I want being gay to “matter?” The problem is that there are two answers to this which are concurrently true —

Doesn’t seem helpful, right? But let me put a few more words into those list items and it might become more clear.

Can you see the dilemma? I don’t think it’s resolvable, nor does it really need to be. I think this paradox (can we name it after me? Can it be the Ladyboss Paradox?) mostly informs how we approach creating content. You just need to understand that these two poles exist and try to be aware of how your content falls in the field.

How does this relate to both recently-released Watch Dogs and Transistor, you might ask? Well, check behind the cut for the explanation. NOTE: spoilers for Transistor in post.

An extension of the Ladyboss Paradox (sorry, I’m sort of taken with that now) is that there are ways to represent queer characters in games that are consistent with either end of the line:

The first approach emphasizes visibility: we’re here, we’re queer, we’re a viable party member in the final dungeon. The second approach emphasizes (and note my Quotes of Dubiousness™ here) “normality.” I don’t know that I have a better term for it, hence the quotes. But the idea is that you can emphasize that queer people are just part of the world, like lots of others, and their mere existence is not necessarily A Big Deal.

It’s this second approach — the subtle, “queer people are just part of the fabric” one — that both Watch Dogs and Transistor have engaged… and one in a not so good way.

Watch Dogs is an open-world game, a GTA-alike focusing on the ability to play a hacker who uses a cell phone to… well, hack things, to his advantage. Full disclosure, I haven’t played the game myself. However, those who have played it have written about the game’s problems; I highly recommend Cameron Kunzelman’s breakdown of the game’s use of women as disposable targets to motivate the plot (note: article contains spoilers).

What you’re seeing in the screenshot above is part of the game’s way of handling and interacting with random citizenry. When you get near or target passersby, you get a little popup that gives you their name, age, job, income, and a “secret fact” about them, for lack of a better term.

The above screenshot (thank you to Laura Dale for it) is from a YouTube video that shows the main character walking through a crowd and flitting from person to person, getting a peek at their “secret info.” In just the first minute, here’s a few of the tidbits that you can see:

I took these from the first minute of the video, and grouped them into what felt like categories of similarity. You can play some serious “one of these things is not like the other” with these boxes, right? These tags are big and visible and represent clandestine information, but really, is all of this equally clandestine? Is “Lives on tips” on the same footing as “Only drinks near beer”?

This is at the root of why seeing “Transgender” pop up pissed me off; I’m told “Seeking gender reassignment surgery” is also an option. This presentation of it frames being trans* as something clandestine, secret, and even shameful. While being anywhere on the queer spectrum often involves hiding a part of yourself for personal safety, that’s an entirely different thing, and this is a situation where the reveal of trans* identity is invasive and non-consensual yet perpetrated by the player character in a really casual way. My emphasis here is on queer identity but really, there are gross class dimensions involved in that “financial” list and the randomness of the tags means that there’s often a gross gender and ethnic dimension too.

I can see where the writers may have been going with this approach, intentions-wise. It might have been about saying “Hey, there’s trans* people all around you that you might know about!” Which I guess I can get, but the context really undermines that message. The emphasis on viewing clandestine information without the consent of the individuals involved frames what you find as dirty laundry, hidden things people don’t talk about or want to be known about them. And so instead of emphasizing that people interact with trans* individuals every day, and that they are a part of our cultural fabric, it puts them under glass, paints them as deceivers full of shame about their identity. It doesn’t work out.

Also, you should check out this Storify of a conversation game developer David Gallant had with Watch Dogs scriptwriter Ethan James Petty; it puts a lot of context to how someone involved in the creation of this game views this situation.

Then there’s Transistor, and the characters of Asher and Grant Kendrell.

So I’m going to give you the short, short version: in Transistor your powers and abilities are actually taken from the assimilated data of human beings. But in a way you actually are sort of… absorbing their “souls” for lack of a better word. The game encourages you to try different ability configurations with this carrot: every time you use an ability in a different way (active, upgrade, or passive) you unlock more of the story of the person the ability was made from. The above screenshot comes from the info for the Void() ability and the person it’s drawn from, Asher Kendrall, one of the game’s antagonists. You can read the full bio from my Steam screenshots folder: [screenshot 1] [screenshot 2]

There’s another Kendrall in the game, also an antagonist, named Grant Kendrall (if you want to read his bio as well: [screenshot 1] [screenshot 2]). Grant is older-appearing than Asher, but the two are on a first-name basis, so when I first heard Asher talk about his duty and loyalty to Grant I assumed it was a family bond. However, once I started reading Asher’s profile as pictured above, I started to question. This didn’t read like two family members; after all, if they were father/son or brothers, why wouldn’t the text just say so? Instead we get a story about how Asher met an influential administrator (clearly Grant) and how that administrator became “more to him than just a source.”

And then it hit me: they’re married, or partnered. Asher took Grant’s last name.

That detail was so small, so easy to overlook, but I was surprisingly pleased with it. It goes hand in hand with Transistor‘s portrayal of its antagonists not as sneering villains but as idealists whose attempt to invoke radical change went horribly, horribly wrong. And it got me thinking: how might being queer — even in a society that apparently would support them being partners — affect their point of view? The Camerata (the antagonists) want to change the city where Transistor takes place because it has become entirely a place of popular whim, ever-changing, with no stability. What would a queer perspective on that look like? How might it impact what they did?

From there I wondered: is the infatuation of Sybil, another of the Camerata, with the game’s main character, Red, in part out of frustrated desire? I’ve heard tell that there’s ways to read every one of the Camerata as queer in some way, if you dig into the story.

That’s kind of great, and for this it all came, for me, from one little paragraph of text about Asher Kendrall.

This succeeds in a way that Watch Dogs utterly fails, for me. Transistor places its queer characters, without any fanfare, into the narrative. It doesn’t make us feel weird for thinking about their queer identity, either; quite the contrary, it was exciting to do that detective work, to go “Wow… that was here the whole time! If only I’d seen it!” I really like that. It’s subtle, and it doesn’t call attention to the queerness of the characters while simultaneously trying to sell us that they’re “everywhere.” It just puts them seamlessly into the narrative and lets us do the work.

So yeah. Two stories: one success, one failure. I think the design implications for both are obvious.

10 thoughts on “The Subtle Knife”