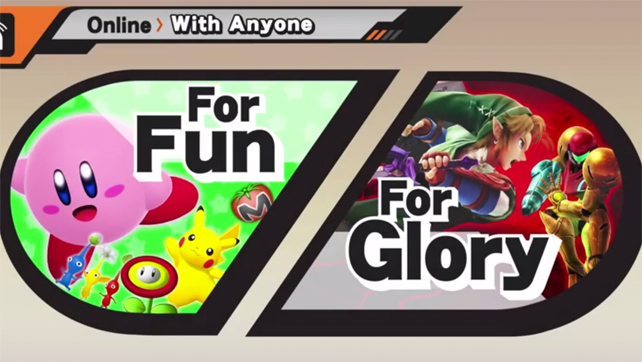 A short post for you but my Tumblr is mostly about awful depression feelings I have poured out like an emo poetry slam, so it goes here. No videos/images, sorry America. GUESS WHAT THERE’S A VIDEO I FOUND ONE FUCK YEAH

Anyhow, Patrick Miller made a blog post today called “Fighting games aren’t just about competition” in which he says some on-point and perceptive things. I suggest giving it a read over.

However at the beginning my book gets a mention as a partial inspiration for the post, and I had some thoughts about what he talks about in it, so I wanted to write these out.

If you want the executive summary that might get you to skip this blog post: I agree with Patrick’s post pretty much all the way through in the general. This post of mine is about specifics and adding in some of my views that you would find in the book (and my other work/talks). More after the jump.

First, to expand on something I talked about on Twitter: there’s a couple “myths” I talk about in the book that are relevant here. One is the idea that “pure competition” exists in the first place, and in that respect I was talking about Caillois’ definition of agon from Man, Play and Games: specifically the idea of games as a skill test. Generally, I brought this up in the sense that it’s a useful way to talk about the notion of “balance” in fighting games (any competitive game, really) and how perfect balance is more or less unattainable. I think fighting game fans and designers still aim for this idea of making a game as balanced as possible because it’s a thing you do with other people, and generally speaking, the goal during play is match your skill against your opponent’s. Hence the discussion of Smash Bros. and why competitive Smash players turn off items/limit stages/etc. I mean, look at this part of yesterday’s Nintendo Direct about Smash Bros. 3DS and WiiU:

This is really clearly about giving people a space where they can play their preferred Smash mode: the “fun” mode (though I cringe at that label; I ban the word “fun” when I teach games courses) is about engaging it as a party game with items and wackiness and etc. while the “glory” mode is about, well… competition. It’s about putting your skill on the line against other players. For the record, I think this is an extremely smart move on Nintendo’s part because it emphasizes that they, as developers, recognize what their audience is looking for and support lots of different playstyles without inherently valuing one over the other. Considering one of the strengths of fighting games as a genre lately has been that devs in that arena work more closely with their fans than almost any other type of game, it’s a good thing indeed.

But as I say in the book: this isn’t necessarily about valuing winning or losing. I noted plenty of times at EVO 2009 when someone got a perfect win and the crowd response was very tepid. Reason being? The match had no drama, no interest; it was a fait accompli. Which, again, goes to what Patrick is saying in his post, I think: the important thing is the social play, the taking part with other people. As he puts it, “competition is the means, not the end.” I think that’s pretty apt.

So on this I agree with Patrick. I guess I wanted to be clear that this valuing of competition and balance is something fighting game fans do in the service/process of social play, not for its own sake. Again, if you want more detail about my thoughts on the subject, this theme is pretty central to a good chunk of my book.

That said, I don’t want to undersell the ways in which competition affects fighting game culture, which is where the other “myth” I talk about comes into play: meritocracy. There’s a connection here between these factors:

And again, as I’ve said before (both in the book and elsewhere), this meritocratic view — that skill and love of the game are the only things that matter — has both good impacts and bad impacts. Among other things, it’s probably a major reason that the FGC is so ethnically diverse, because racial difference (and even class difference to some extent) are de-emphasized and thus a wide range of players are included. But it also means that in other situations (gender being the top of this list, for me) where there are systemic barriers keeping this inclusion rhetoric from playing out fully, the belief that skill is at the top of the list makes us ignorant of those systemic factors, to our detriment.

Patrick addresses this towards the end of his post, really, and I think what he says is worth repeating here:

What’s more, a misguided obsession with competition as the most pure virtue is used as an excuse to hide our dirt. It’s the reason endless assholes feel entitled to talk shit on the Internet about the women that dare try and enter tournaments if they can’t place top 3. It’s the excuse that gets people to argue that it’s more important for the man that hit his ex-girlfriend to enter than it is for the ex-girlfriend to be allowed entry (Note: I don’t know how/what actually happened at that tournament, just how people argued about it online).

Really, our competitive focus isn’t what makes it hard for people to participate in and engage with the broader fighting game community. It’s that we can kind of be assholes about it.

Pretty apt. And I agree! Caring about competition isn’t evil in and of itself but the ways it can keep us from critically self-examining might be. I guess in the end when I talk about an obsession with “skill” and Patrick talks about an obsession with “competition as purest virtue” we’re really talking about the same thing. So like I said: I pretty much agree with Patrick’s post. I think his use of the martial arts metaphor isn’t misplaced; you could probably make a similar argument with sportsball or any other activity where people want to be good at it and the way they find out if they’re good or not is by testing themselves against others.

What’s important in these situations, for these players, is that they are doing a thing they love, and the way that thing is expressed is by doing it with other people (PHRASING BOOM). Which is why being in fighting game culture involves a lot of stuff (like, say, collective knowledge generation, active fan consumption, etc.) that doesn’t have anything to do with “competition.” But at the same time, it’s important to understand the powerful influence that competitive play has on all different aspects of how fighting game culture plays out, not just what happens when there’s literally a controller in someone’s hands.

One thought on “On Competition”