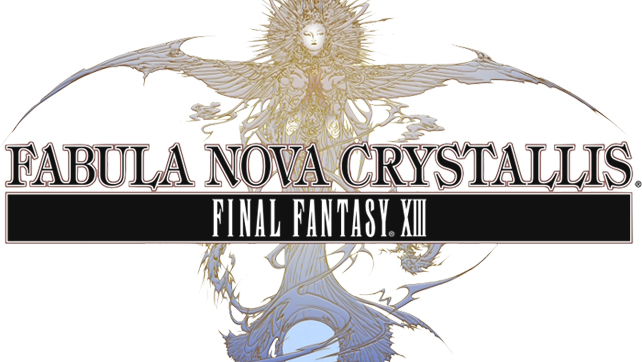 So I wrapped up Lightning Returns and in the process I had some thoughts about how the history of the FF13 meta-series has gone down. Thus I just sort of sat down and poured them onto the page. In the absence of having any new or interesting critical commentary to post, I figured I’d just throw it up here in case any of you were interested.

With that in mind, feel free to jump in after the cut:

So a core figure in the Fabula Nova Crystalis series of FF games is the goddess Etro. This post is about her, and how bad she fucks things up, for reals. You might want to get some background info on the FF13 mythos before you read all this, if it’s new to you.

Etro is the “Goddess of Death” because she lives in the Unseen Realm, which is filled with “Chaos,” a destructive force that inhibits the flow of time and causes stagnation and steady erosion. She is well-meaning, having sympathy for humans (who were born of her body), but she doesn’t understand the possible consequences of what she does, and so her visiting pity on people tends to create a lot of problems.

It starts with her giving humans “souls” in the form of a fragment of Chaos that returns to the Unseen Realm on death, and gets worse from there…

Problem 1: Paddra Nsu-Yeul —
Yeul was the first human made by Lindzei in Etro’s image from Etro’s remains. When Yeul died and her soul passed from the Mortal Realm to the Unseen Realm, it didn’t fade into the Chaos like normal. Out of pity, Etro reincarnates her exactly as she was, memories and all.

But here’s the deal: this trick also gives Yeul the ability to see the whole of the timeline (probably a side effect of the power of Chaos, which warps and distorts time), making her a “seeress” but also cursing her to an early death, as the steady use of her precognitive powers eats away at her lifespan. Thus Yeul lives and dies over and over again, repeatedly, never growing much older than a young woman. And though she retains her memories over incarnations, each Yeul is a little different, living in different contexts and developing particular personalities.

Etro wanted Yeul not to be lonely (since there are no people in the Unseen Realm) and thus gave her this reincarnation ability, but that side effect is a killer… literally. In an attempt to cure her loneliness, Etro doomed her. Which leads to…

Problem 2: Caius Ballad —
Because she could see the future, Yeul became an important figure in the mortal world, eventually leading a tribe of Pulse residents called the “Farseers.” And of course someone who can see the future is a hot commodity and so she needed constant protection. Her strongest protector is her “Guardian,” which was usually a l’Cie empowered to safeguard her. One such Guardian in a particularly harsh time was named Caius, and when both he and Yeul are almost killed in an assault on the Farseers, Etro decides that infinitely-reincarnating Yeul needs an eternal protector.

So what does she do? She takes a large share of her power — her “heart” — and gives it to Caius. This gives him great power and makes him effectively immortal, letting him protect Yeul forever. Seems great, right? Sadly it doesn’t protect him from pain or suffering. If he dies, he comes back… but he still suffered the pain of death. More to the point, unlike Yeul, he doesn’t reincarnate… he just gets back up. This means that he has to watch Yeul, who he cares for, DIE. A LOT. Like, 1000+ years worth of that, and remember that Yeul typically doesn’t live past her 20s.

This, predictably, has a really negative impact on Caius’s mental health. In fact he becomes obsessed with getting release from his eternal life AND revenge on Etro at the same time, which he can do by having someone kill him. Specifically, he needs someone to succeed him as Guardian, someone who would be worthy of inheriting the Heart of Chaos. If that person inherits it, fantastic; Caius can finally die. If that person *destroys* the Heart, then not only can Caius finally die, but then Etro will ALSO die, and Yeul’s eternal reincarnations will come to an end as the Chaos of the Unseen Realm spills into and then destroys the passage of time in the Mortal World.

And by manipulating historical events, Caius accomplishes this in FF13-2, forcing Noel Kreiss — the person he groomed for the task — to kill him and reject the Heart of Chaos. Which is why between 13-2 and Lightning Returns everything goes to shit, fast.

Of course, this is abetted by…

Problem 3: Oerba Yun Fang and Oerba Dia Vanille —
So I don’t want to go too much into the politics of the FF13 universe’s divine beings, so here’s the executive summary: the fal’Cie of Cocoon (the continent-moon in the sky) want to bring back their “Maker,” who left them a long time ago. Their plan to do that is to destroy their own home of Cocoon, which would send millions of souls streaming through Etro’s Gate into the Unseen World, which they believe will be a sort of signal flare to get the attention of the “Maker.” Problem: fal’Cie of Cocoon can’t harm it or its people, as protecting them is coded into their very being. So they resolve to basically trick the people of Pulse, the planet below, into doing it for them by provoking them.

It works, which is why there’s a huge war between Cocoon and Pulse 600 years before FF13 starts called the War of Transgression. In order to protect Gran Pulse, their home, from Cocoon, Fang and Vanille volunteer to become l’Cie and assume the form of a rampaging beast capable of destroying Cocoon itself: “Ragnarok.” The snag in this plan is that Vanille mostly became a l’Cie out of love for Fang, and doesn’t really want to hurt people, so at the last second she backs out and Fang becomes a powerful but incomplete version of Ragnarok all on her own.

Fang-narok manages to severely damage Cocoon but not destroy it. Fearful for the people of Cocoon and Pulse both, Etro — wise, far-seeing Etro — intervenes: she puts Fang and Vanille into crystal sleep and places them back near the fal’Cie who gave them their power, Anima.

Problem: the fal’Cie of Cocoon then just grab the temple holding Fang, Vanille, and Anima wholesale and transport it to Cocoon, where it stays hidden for 600 years. 13 days before the start of FF13, Fang and Vanille wake up, realize where they are, and try to figure out what to do. Fang doesn’t remember much of what happened and wants to fulfill their Focus of destroying Cocoon; Vanille remembers everything and would rather run away and leave it in peace, but she bows to Fang’s desire and they both travel to where a Cocoon fal’Cie is, intending to kill it.

Needless to say, two people against the entirety of Cocoon doesn’t go very well and a number of things happen, successively:

In the fallout from those four events, all four of the Cocoon natives in the FF13 cast — Lightning, Snow, Hope, and Sazh — get branded as Pulse l’Cie as well, which is the main plot driver of FF13, as the fal’Cie of Cocoon try to get them to do what Fang couldn’t before Etro intervened 500 years ago: destroy Cocoon.

Of course, our heroes defy that wish in the end; they destroy Cocoon’s fal’Cie, but at the last second Fang and Vanille become Ragnarok and use that power to SAVE Cocoon rather than destroy it, which fulfills everyone’s focus and puts the entire cast into crystal sleep.

Which, yay happy ending sort of, but not entirely, and that leads to our final problem…

Problem 4: Lightning —
So they saved everyone, which is great, but our heroes are now in an eternal crystal sleep, which isn’t great. Etro decides to, again, take pity on our heroes and thus releases them from their crystal sleep. In so doing, however, she lets a bit of Chaos leak into the Mortal World from the Unseen Realm, and what does that Chaos do?

It grabs Lightning and drops her into the Unseen World mere minutes after she just helped save all of humanity. In the Unseen Realm — Valhalla — Lightning comes upon Etro and communes with her, coming to a sort of understanding about the goddess’s love for humans (and regret about all the killing she had to do). She resolves to stay and defend the goddess against Caius, who has persistently been attacking in an attempt to kill Etro for reasons outlined above.

Problem: Lightning basically dropping out of existence becomes a serious problem for her sister Serah, which is a major plot driver for FF13-2. It doesn’t help that becoming the knight of the goddess also gives Lightning the Eyes of Etro, which let her see up and down the timeline; this is why Lightning has visions of Serah’s involvement in 13-2’s story and sends Noel Kreiss to help her. Sadly, this plays right into Caius’s plans and we all know where THAT leads.

So, to sum up, Etro means well but all of her decisions just seem to make things worse rather than better. The things she knows are “bad” are things she experienced: loneliness, death, having no sense of purpose. When she seems someone suffering from that, she steps in to help, but the cure is often worse than the disease. Yeul and Caius’s immortality is a source of immense suffering; Fang and Vanille’s crystallization and reawakening just cause a whole set of other problems; releasing the FF13 cast from crystal sleep LITERALLY breaks history. And the eventual fallout of this at the end of FF13-2 is Caius getting his wish, Etro herself dying, and the world (as a result) ending up seriously, seriously fucked.

But I think I have a hard time hating Etro because her origin story is kind of awful. Bhunivelze accidentally made her in the image of something he hates, and so Etro is left with literally NOTHING: no power, no purpose, and a family that loathes or ignores her. It’s no wonder that she tears herself to pieces (literally) over it, and all her actions since are almost childlike in nature, the reflexive sympathy of someone who knows what they DON’T like and strives to avoid it, but has no idea how to effectively structure her response. Etro has had no direction, no help. She suffered all alone and then made a bunch of bad, if understandable, decisions trying to keep others from feeling the same way.

So in that respect, I guess I can sympathize, even though part of me, by the time of Lightning Returns, is shouting “STOP HELPING!” every time she does something.