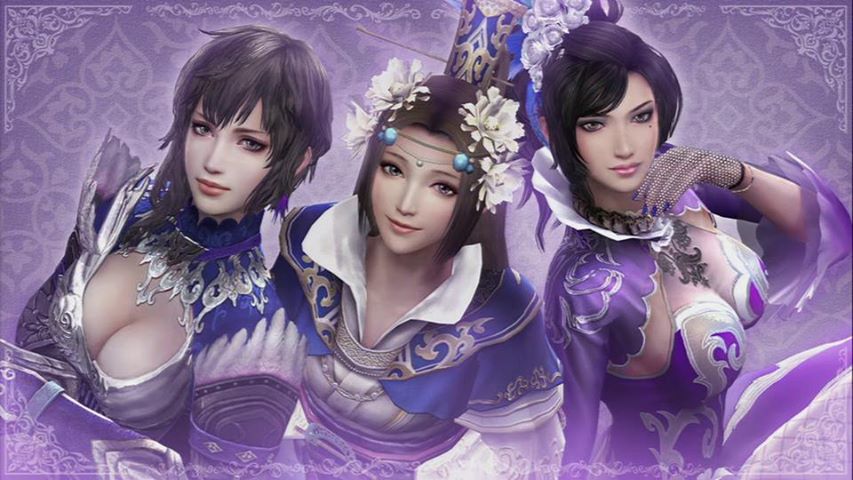 Warning: I try to make things non-referency as possible but some fluency with the broad-scale events of the Three Kingdoms novel will be very helpful interpreting this post’s specifics.

Alright, so I’m actually a big Dynasty Warriors series fan. Almost all the Musou games, actually; the exception is Hokuto no Ken Musou (“Fist of the North Star”) and Troy Musou which are just kind of… too bloody for me. I guess considering I racked up 6000 kills in one battle of DW8 over the weekend that seems hypocritical? I’d like to think my aversion to video game blood is because I understand the consequences of RL violence rather than the other way around. Anyhow.

Much like my thoughts on Project X Zone, I don’t necessarily think New! Refreshing! Gameplay! Systems! is the draw of the Musou series (by the way, the word “Musou” is Japanese for “without equal/peer,” hence the Japanese name of the series, “Sangoku Musou,” means “One without equal in the Three Kingdoms”). In fact, much like I described PXZ as being, the Musou games have been a steady motion of iteration with increasingly small but steadily better changes… except DW6, which changed everything and which everyone pretty much hated. So there’s that. Rather, I think the fun of the games is seeing what twists on the theme the new game brings, what new characters become playable (or change), and that sort of thing. As someone who’s read the unabridged Three Kingdoms twice and abridged versions four times, I find the DW series to be like watching the campy anime version of this book I love.

Now, without implying that women characters are absent or unimportant in Chinese historical fiction — I don’t think that’s true — it is fair to say that women, as a whole, don’t play a lot of importance in the Three Kingdoms novel. Yet even back in the day when the first Dynasty Warriors, a 3D weapons fighter that wasn’t really very good but was fun in its own way, happened, Koei (and developer Omega Force) added one of the novel’s only prominent woman characters, Diaochan, as a fighter:

As far as playable fighting game women go, she’s not actually that bad. She’s not underpowered, she’s wearing a reasonable outfit, and the weapons she uses — called chúi — are not from the list of Approved Girl Fighter Weapons (e.g. whips, kitchen utensils). Her ending is a little groan-worthy but at least it directly refs her role in the novel. So what’s the problem? Well, if you want to know, read on after the jump:

The Diaochan of the first DW could be better but, given the source material, is not that bad. The problem, however, comes when you observe her change over time as the series transitioned to the war game/brawler that it’s now known for being. Part of the hallmark of the DW series, after all, is that it presents a story mode with voiced dialogue, events, etc. that follows the narrative of the character, building on but sometimes fictionalizing (well, fictionalizing even more in some cases) the historical narrative of the Three Kingdoms. In Diaochan’s case, her story focus in the novel is very brief, maybe a handful of mentions in a chapter or two of the range that deal with Dong Zhuo’s regency of the emperor and the plot to use her to turn Lu Bu against him.

That’s what she does in the book, after all: the adopted daughter of Wang Yun and one of the greatest beauties in China, Diaochan agrees (and in some versions even suggests herself) that Wang Yun use her in a plot to turn Dong Zhuo and Lu Bu against each other. Dong Zhuo, for those who don’t know, is the height of villainy, a fat = evil stereotype who only looks out for himself and basically rules the empire by holding the Emperor hostage. Nobody can stop him because in his service is Lu Bu, a man of incredible strength who everyone is afraid of crossing. Except Wang Yun who cooks up a plan to offer Diaochan as a concubine to Dong Zhuo but then also promise her to Lu Bu in marriage, assuming that their jealousy — fanned by Diaochan’s acting — will drive them to kill one another. And in fact it more or less works; thanks to the plan, Lu Bu becomes ridiculously jealous and kills Dong Zhuo, then takes Diaochan as his wife. This doesn’t end happily, either, I might add: when Lu Bu finally pisses off everyone enough to try and kill him however many years later, he’s captured and killed, along with his retainers and wives, including Diaochan.

Why did I just lay out that totally long story in a post that is supposed to be about analyzing gender rep in games? Because it highlights the big problem the DW source material has: in it, women only exist as shadows of/attachments to male characters, rarely if ever having a narrative of their own. You want examples? Try these:

Now, there are other women characters that are less problematic, but their existence is still tied to men. Lady Zhurong of the Nanman exists primarily as the wife of Great Chief Meng Huo, but their relationship is considered quite equitable; he clearly has respect for her, and in the novel she is said to have rode out and fought a powerful enemy general (Zhao Yun) to a standstill before an ambush took her out. Of course, in exchange for her being a more equal partner in things, she also has one of the most sexualized designs of the female cast. Cai Wenji is another example; her male tie to the cast is that she has a thing for Cao Cao since he saved her from kidnapping but otherwise she is sensibly dressed and her every word is not necessarily about Cao Cao.

So this is a problem right here. These characters are for the most part entirely fictionalized accounts, since except for a handful of notables — Lady Sun, Diaochan, Lady Zhurong — these characters don’t even have speaking lines in the novel, let alone impactful appearances. It also bears saying that two of those three were the very first women introduced to the series in Dynasty Warriors and DW2, with Daqiao, Xiaoqiao, Zhen Ji, and Zhurong appearing in Dynasty Warriors 3. Omega Force has been steadily adding women characters at a 1-2 per game pace ever since, but as you can see from that list, very few have independent existences and in many ways their representation has been getting worse.

I offer, for example, Diaochan’s outfits:

Noting a trend? For the first few games her outfit is… flashy, but not excessive. But look at those last three on the right: DW6, DW7, and DW8. Those are not reasonable outfits for any purpose, let alone combat. In DW8 she’s showing more skin than ever. Beyond that, though, there’s the fact that her independence from Lu Bu as a character is slowly eroding. In DW3 and DW4, for example, she has specific storylines about breaking away from him, which didn’t happen historically but is at least consistent with the novel’s initial idea that she doesn’t really love either man, but is pretending to in order to destroy them and save the Han Empire (which has problems in and of itself, don’t get me wrong). In more recent DWs, Diaochan is defined by how enthralled she is with Lu Bu’s strength and her dedicated to being at his side, as well as the fact that if she and Lu Bu appear on a map together, killing her almost universally sends the already-powerful Lu Bu into a killing rage, causing him to hunt you down. [EDIT 8/5 5:15pm]: How could I forget? You remember my earlier comment about Approved Girl Weapons? In Dynasty Warriors 6 they officially switch Diaochan over to using a whip. SIGH.

The same thing has happened to Lady Sun. Initially she was presented as a bit of a tomboy (sigh) who just wanted to prove herself in battle alongside her brothers Sun Ce and Sun Quan, since she is the “daughter of the tiger,” a reference to her father Sun Jian’s nickname of “Tiger of Jiangdong.” That’s, you know, not ideal. But generally speaking her characterization was about wanting to be taken seriously and a desire to contribute, which I can get behind. As of DW8 she mostly exists to moon over Liu Bei before being married off to him and then basically crying about/worrying about him in cutscenes during the Shu story mode historical route, vanishing from the picture entirely once he dies. As someone who actually kinda got into DW because Lady Sun was fun to play in the original, that’s massively disappointing. Observe:

And then of course we get characters like Lianshi and Wang Yuanji who seem cool, but when they exist entirely to buoy their male “counterparts,” it’s just sad and depressing. And so on, and so on. Don’t even get me started on Xiaoqiao or Bao Sanniang, who take the “cute anime girl tantrum” stereotype to an offensive extreme. And perhaps that’s the worst part right there: these are all tropes of a sort, all taken from anime/manga/Japanese pop culture, applied in an infuriating way.

Part of me has to look at this and go: well, it’s historical fiction, you know? Omega Force had to invent a lot of this stuff. But then I’m reminded: hey, right. It is historical fiction. So why do we have to hew to painful gender stereotypes and tropes? Wouldn’t a game like Dynasty Warriors be the perfect opportunity to, in fact, put these women characters out of the shadow of their male counterparts and into the light, creating stories for them that are interesting and nuanced while staying within the relatively light historical bounds of what we know?

Hopefully for anyone out there reading this who’s interested in making games, or is making them right now: don’t do this. Making women characters who only exist as ties to, or emphasis of, prominent male characters is demeaning and awful.