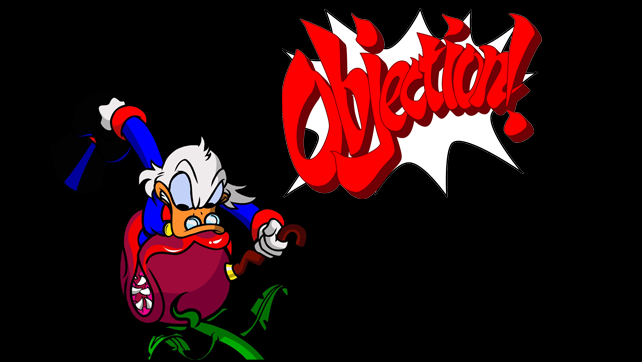 So Polygon reviewed DuckTales Remastered and then Twitter got ahold of it and, you know, stuff has happened. Since I’m trying to keep in the habit of blogging, I figured I’d write something about it, especially after I had an extended convo with Matt Bremner about it on Twitter earlier. Matt was pretty unhappy with the review, and on a few of the points he brings up I am totally with him on not being happy with the review. Of course on a few other points I differ, and that feeling of division is writ pretty large in the comments section of that review where nobody can make up their minds about anything other than the people on the other side being jerks.

But I feel like my now-boring-to-everyone battle with the death of Final Fantasy is orthogonal to what I have lovingly termed “Ducknado” because they both seem to deal with this notion of console nostalgia, what it does to us as consumers and to the industry as producers, and both its perils and its promise. If you want the short version, I’m scared that nostalgia is going to make DT:R “immune” to legitimate critique in the eyes of many, which is a dangerous place to be. If you want the long story, then check out what I’ve got to say after the cut.

Right so, DuckTales. That game came out in September of 1989 (thanks Wikipedia! Also: “Naughty Duck Dream Adventure” is the best Japanese translation of a title ever). This means I was 11 years old, and most of the Call of Duty generation were still at the conceptual stage awaiting the green light for production. My memories of the show and the game are pretty rosy; DuckTales is p. consistently called one of the best NES action platformers there ever was, and I’m inclined to agree with that assessment. Of course, I went and played it about say, 10 minutes ago and died within the first 2 minutes thanks to angry bees? Which did a lot to make me decide never to play it again.

But it’s not just gameplay that people gush about. I mean, y’all have seen — and more importantly, heard — this, right?

I would like to say that we recall DuckTales as an experience: a gestalt of gameplay, presentation, and context of consumption. If you loved the show, and I don’t know anyone of my immediate generation who didn’t, then being able to play around in its world was part of the draw. I mean, that’s the whole point of licensed media like this, isn’t it? DuckTales in and of itself might have been a fun game, but the fact that it’s Scrooge and the others ratchets that up. Solid gameplay, pretty graphics, and an amazing soundtrack make it a good solid game, but then there’s this contextual factor when it comes to consuming it that adds this extra dimension. And that’s fine!

Back at PAX this year when DT:R was announced, I remember feeling a bit skeptical, an opinion I kept mostly to myself because my Twitter feed was four solid hours of HOLY FUCKING SHIT DUCKTALES FUCK YES AMERICA and really I didn’t want to harsh their mellow. Plus what if it was good? Then I’d look like a total douchecanoe for doubting. Plus I’d been in the trenches of the Final Fantasy wars and you know, it leaves scars. But privately and alright maybe in a tweet or two shut up I might have had some reservations.

But as I watched videos and saw bits and snippets of the game appear I actually had a good feeling, for this reason: WayForward clearly had a lot of respect and love for the original, and I feel like that’s potentially important for this kind of project. On the other hand, I had this nagging feeling that they were afraid to upset the fans. And can you blame them for having that sort of nervousness? I have this feeling that they drove by the wreckage of Double Dragon Neon on the interstate and turned up their radios real loud and said “Thank god that’s not US!” or something like that. You know?

In the remake business, that’s got to be the tightrope you walk. There’s a shark pool of hungry nostalgic fans out there who crave the return of an experience they loved and who are ready to jump at the first sign of blood, too (liking this metaphor a lot, on reflection). Yet at the same time, there’s a broader audience that wants value adds, especially in an age where emulation is illegal but widespread. When you can just sort of play the old one, now, for free, a lot of people won’t be satisfied with mere graphics/sound upgrades. They want additional changes. They want a better game, not just a shinier one. And then of course, there’s the spectre of the past floating in the background during all this, pulling us back into the past with its left hand and shoving our face into the future with the other. This is not a pleasant world. It’s a world full of pitfalls and sorrows, FYI.

Take this nonsense, for example:

I blew $15 on this and then I played it 5 times with friends and now it languishes in my Steam library, never to be touched again. Why? Because online multiplayer was the only real new addition to either of these D&D arcade games, and once that was no longer a thing I could do for lack of partners, the game ceased to have interest. Same publisher, same pricepoint. Now, the principle is different: they didn’t “remaster” the games (what does that even mean, by the way? Like I get the film technology ref but how does that even work with a video game?), they just repackaged them and added some online play and achievement features, though I’m sure DT:R will also have the latter.

Alright, so: context laid out. Let’s look at Polygon’s review. Here’s my shortlist of stuff —

Before we go any farther, I want to throw this out too: I know we can never be rid of it but god fucking damnit do I hate the numeric score reviews are compelled to give nowadays. Never mind the argument buried in the comments where this happened:

Yeah. We have this illusion that because something is numeric, it’s objective and measurable. Well, guess what: that’s not always true. 5/10 means nothing if there’s no agreement on what “5” or “10” mean. That discussion I just referenced makes it clear that there isn’t, either. Some people read 5/10 to mean “average/meh” and some people see it as “failing grade.” So who’s right? Of course the person who matters here is the author; they had a vision in mind of the game’s quality that they wanted to convey in this numeric scale framework but we don’t really know what it is. The best we can do is infer; if you want my opinion, I think the “alright but not very good” reading is much more likely than the “failed grade” reading based on what he has to say about the game, which strikes me as more “disappointed it didn’t do better/meet my expectations” than “utter failure.”

On the other hand, when we discussed this on Twitter, Matt Bremner correctly pointed out that in a Metacritic universe, scores can make or break games, jobs, and companies. That is a sad reality. I don’t know what to do about that. I’m open to suggestions. But I still think ditching this metric-focused review culture that supports a Metacritic universe is a necessity. [edited to fix double-negative typo]

I think the major conflict that’s going on with this review, judging from my convo with Matt and the comments section, is this:

I can see the points of both sides of this, but I’m gonna come down on the side the of reviewer. On the one hand the way he expresses himself in both the text and video reviews, this author could have expressed himself better. I kind of feel like he had it in for the game from word ‘go’, and the point is even if that’s not true you have a vested interest in not seeming so. Yet the truth is, if you strip off the “5/10” that has so many people upset, and just look at his core points — presentation is great, but the gameplay feels dated and clunky without any new variations or changes — the review is one we could expect to see for any game, especially a remake or reboot.

Now, it’s important to realize that these are this reviewer’s expectations and so not everyone’s going to share them. Perhaps it might have been better for him to say “If what you want is an aesthetically-updated DuckTales that is highly faithful to the original in gameplay (for good or for ill), pick this up. If you had hoped for gameplay changes and updates to go along with it, then you might want to avoid this game.” Certainly that goes a little farther toward not making fans who did just want a prettier DT feel alienated and insulted.

Yet at the same time, it’s not a crime to criticize a game on its own merits, either. Just because something is a remake doesn’t mean it gets a free pass from flaws, and when one of those flaws is “too close to the original to this game’s detriment,” that’s a reasonable critique. I mean, if it weren’t, then what could you say about any remake or reboot? “Welp it’s the original but prettier.” How useful and interesting (not).

And honestly, this is where nostalgia is killing us, be it DuckTales or Final Fantasy. Recreating an experience you once had relies on the imperfect, malleable, and most importantly notoriously unreliable system that is your memory. Technology can be replicated with exactitude, but taking your brain back 20 years plus just isn’t possible. You have to accept that some scenarios will never happen again, no matter how much you want them to. Time and time again this trips us up and it’s irritating.

I don’t know if DuckTales Remastered is a good and/or faithful game yet. Without trying it there’s no way to know. But I have to say, I defend the right of this reviewer to say the game didn’t meet his expectations.

Alan Young, who voiced Scrooge McDuck for many years, came out of retirement (more or less) at 94 to voice Scrooge once more for this game. But the first time I heard him speak in the promos, I thought it was someone else and got antsy. “Nobody else can be Scrooge!” I cried, until a friend pointed out that he sounds different because the man is ancient now. The more I internalized that fact, the more my instant rejection feelings about the voice acting subsided. I think there’s a lesson about games nostalgia in this story, really.