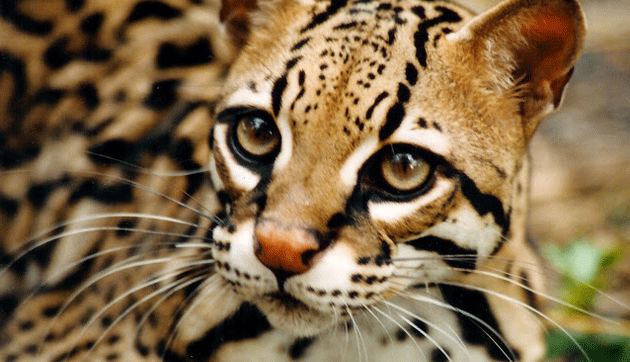 Right, so. Today when I popped open the League of Legends client, I saw a link to a video called “Controlling the Beast.” It was in a space where, when not promoting in-game stuff like champion spotlights or Summoner Showcases, is usually about promoting LoL as an e-sport. Sometimes that’s about what champions pros play, and since Udyr just got his super special awesome skin (yes, I bought it, shut up) I thought “Hey maybe this is about Udyr!”

NEWP. It was actually a video about player behavior in LoL, especially as it regards Carlos Rodriguez/”ocelote” and pro play, and it was pretty fascinating:

I was going to tweet about this but I’m trying to cut down on my problematic tendency to post like eight tweets in a row, and I have kind of a lot to say about this video, so here we are.

Let me get my points in order:

1.) Hey, Alex Müller: that comment at 0:32? “Patience is the one thing that Carlos — as a Spanish guy — doesn’t have.” Maybe you shouldn’t have said that. It was a really awful thing to say. Maybe don’t do that in the future.

2.) Having watched the whole video, I am kind of fascinated by the “A Very Special Olympic Story” framing that the editing, dialogue, and especially the Very Special Episode background music that’s going on are giving to this video. In the same way that sports media often present athletes who’ve engaged in bad behavior as redemption rhetorics — “I did bad but now I am trying to be good” — this video is doing much the same for Rodriguez. He didn’t think much of his bad behavior until it bit him in the ass and now he’s attempting to be a better person because being punished made him realize he was being, in his words, “a douchebag.” He even tells a great story of a guy in a wheelchair who came to see him play at Gamescom in 2011, and that kid said “You are my idol, I want to be like you,” which was part of Rodriguez’s moral/ethical turnaround, adding a great For the Children angle to the story as well.

Now, I’ll be honest with you, I’m a natural cynic and the fact that I have a talent for identifying how mediated messages are constructed means that I am driven to highlight their constructedness when I discuss them. This video is a paint-by-numbers sports redemption story from the word go. It hits all the notes (again, literally in the form of that background music, wow) and it has a satisfying feel to it, in the way that this sort of story is supposed to. Even the various interjections from Riot Player Behavior’s Jeff Lin are edited in particularly well. I actually feel like the people behind this video did their job too well, maybe: it borrows and uses so many of the tropes that the constructedness of those tropes becomes obvious upon viewing.

Yet at the same time, this is exactly the sort of thing companies like Riot in the e-sports domain need to start doing, because the famous players — the known names — are the public face of your game and in some ways the public face of your community, too. If they can get away with murder, figuratively speaking, then they are hurting your image. So I’m happy that whoever put this together — and I don’t know if it was Riot internal, or Machinima working on their own — did so, because Rodriguez’s case is one that needs highlighting. Even if the result is sort of an infuriatingly paint-by-numbers canned response, it’s still worth putting out there.

(Basically: I’m critical of the structure of the video, but I think the content and aim of the video are worthy endeavors)

3.) There’s a really interesting framing of the role of anger and frustration that this video suggests, and it’s one that is at the very least orthogonal to the way that Jeff Lin and others from Riot have painted the Tribunal and their anti-toxicity efforts in the past, as seen in the talk they gave here at my workplace and the expanded version Jeff delivered shortly after at GDC. The way that Riot describes toxic behavior is counter to the public imaginary’s idea that there are assholes, who do asshole things, and then normal people, who are always victims of the assholes. Instead, they argue — quite smartly, I think — that toxic behavior comes from all sorts of sources, and that even normal people can do toxic things depending on the context. The extended argument is that moderation efforts have to focus on reducing contextual factors that lead to toxicity, identifying and removing the rare “truly toxic” player, and encouraging those normal players who occasionally have that rage moment to deal with it more constructively through negative reinforcement (Tribunal, chat restrictions) or positive reinforcement (honor ribbons for good behavior). They have reams upon reams of metrics that the Tribunal and related systems are working with pretty remarkable efficiency/effectiveness, which is great. I’m behind that.

What sticks out at me, though, in relation to the Ocelote video, is this idea that a certain amount of rage is “natural” when playing. Like, Rodriguez is punished for what he does, but we’re never told that how he felt was abnormal or out of the ordinary. Quite the contrary; I got the feeling that the video’s creators and even Alex and Carlos themselves felt that a certain amount of rage/anger when things go bad is pretty much normal. I mean, there’s the whole title thing, and the idea that there is this “beast within” and that you can’t do anything about it because it’s Part Of Your World™ but if you’re strong enough you can control it (also: can you understand why Müller’s essentialist comment unsettled me in this context, given the offensive stereotype of the Hot-Blooded Latin Man). It puts the focus on regulating one’s behavior when that anger happens. And I get that. Lord knows LoL has induced more than its fair share of moments where I was ready to sweep everything off my desk in a fit of pique.

And before you ask, I’ve never been Tribunal’ed but I’ve gotten reported before, for sure. So I’m not unsympathetic, here. And I’m not even sure that I find the idea that a certain degree of anger is natural to be particularly bothersome. I do wonder, however, if rhetorically that tactic is a way to sell this concept to players. It’s a bit like the difference between calling out racist behavior and calling someone a racist. Doing the latter just sets them on the immediate defensive because it’s a commentary on them, the person, in a way that doesn’t seem fixable (and which, I add, absolves them of responsibility for their actions: “that’s just how I am”). The former, on the other hand, puts the focus on behavior that can be changed/corrected/contextualized. That seems transferable here, overall: “Okay you’re not toxic by default. But that thing you just said is like a two man whitewater rapids douchecanoe heading downstream at 200mph. And we get you! We’d get mad too. But you gotta put the brakes on that shit. Rise above.” Which is, if you watched the video, pretty much what Rodriguez is saying, with a little help from Riot being on message re: behavioral change.

So I don’t know. In my final accounting, I think the video had good intentions, but man… it’s so, so stereotypical, so trope-filled, that I think those elements really overshadowed its meaning, to me. It plays like A Very Special Episode of League of Legends where Carlos Rodriguez learns a valuable lesson etc. And in truth maybe that’s exactly what happened but it’s important, in telling this type of story, that it feels organic, to me, and this doesn’t feel as organic a narrative as it could.